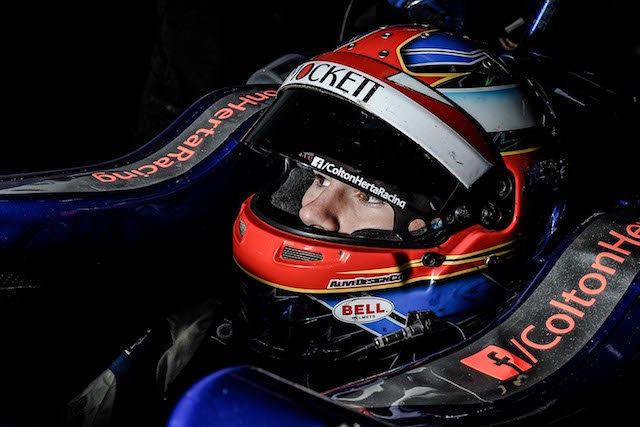 Colton Herta has abandoned Europe to race in Indy Lights next season with Andretti Autosport.

He also scored a win from two BRDC British Formula 3 outings, and contested the Zandvoort F3 Masters, but will now return to America.

Herta, who raced on the Mazda Road to Indy in USF2000 as a 14-year-old, won’t turn 17 until two weeks after the Indy Lights season begins at St. Petersburg in March.

His son’s move was announced along with a tie-up between Michael Andretti’s Indy Lights squad and the Steinbrenner family that owns the New York Yankees baseball franchise.

“I’m very pleased to be coming back to race in the States,? said Herta.

?IndyCar is my goal, so competing in Indy Lights this year will bring me one step closer.

“I know I have a good team behind me in Andretti Steinbrenner Racing and we should be fighting for wins right away.”

Andretti said: “Colton set out at a young age to create his own path in racing, and I?m really pleased to see that path bring him here to Andretti Autosport.

“Through our Indy Lights program, we are dedicated to developing future IndyCar drivers, and Colton has shown that he is both determined and talented enough to reach the Verizon IndyCar Series.

“We?re excited to be a part of his continued development.”