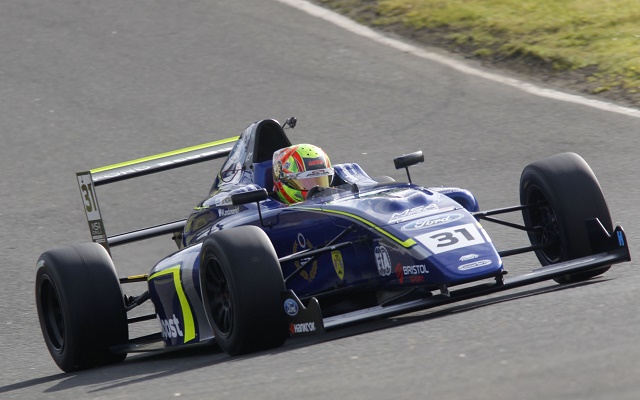 After falling down to ninth on the opening lap, poleman Lando Norris fought back through to win the first MSA Formula race at Knockhill.

Norris finished second on the road to teammate Colton Herta after passing Enaam Ahmed on the final lap and inherited the win when Herta received a five-second penalty for track limits.

The Briton originally led off the line, but went off at Clark, giving up first place to Dan Ticktum.

But Ticktum and another championship contender Ricky Collard would come together a few laps later, both ruled well out of victory contention and handing the lead to Ahmed.

Ahmed, however, was under pressure from Herta as the two were reeled in by Norris.

On the final lap, both Carlin drivers worked their way past Ahmed, denying him a maiden win.

Herta took the chequered flag but was immediately handed an additional five seconds and relegated to fifth, the win going to his teammate Norris.

Ahmed had to do with his maiden podium in second, while Sennan Fielding completed the top three.