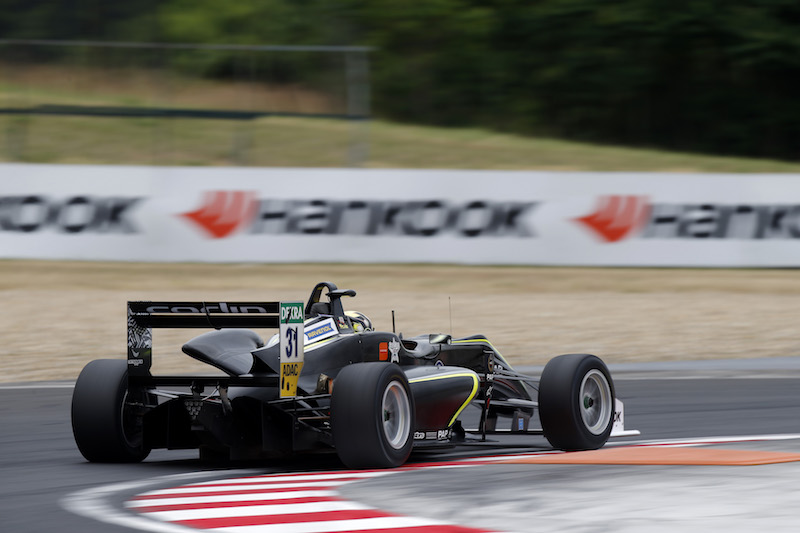 Lando Norris has gained third place in the third and final Formula 3 European Championship race at the Hungaroring after stewards demoted Guan Yu Zhou for his penultimate-lap defence of the position.

Norris had got alongside Zhou, on the inside line, on the way into the Turn 6/7 chicane, but Zhou cut the corner and kept hold of the position over the remaining lap and a half until the chequered flag.

Stewards later deemed that the Chinese driver should have conceded the place, and swapped he and Norris in the final results with the use of a five-second time penalty.

It means Norris gains a podium result from an otherwise tough weekend, with poor starts leading to eighth and 14th place finishes in the earlier two races.

He stays fourth in the standings despite the change, but is now within 25 points of the leader Joel Eriksson.