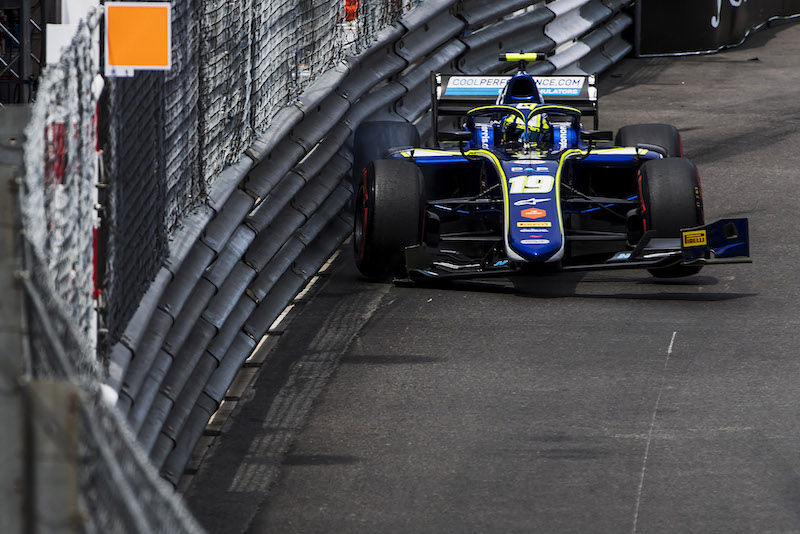 A penalty will drop Lando Norris further down the grid following his Formula 2 qualifying crash in Monaco, while fastest rookie Maximilian Gunther will be forced to start from the pit-lane.

Norris was only ninth fastest out of 10 cars in the first qualifying group after a crash exiting the second Swimming Pool chicane brought an early end to his session.

The exclusion of Gunther from fourth in the group for driving past the weighbridge would have promoted Norris to from 17th to 15th on the grid for the feature race, but the McLaren junior has been handed a three-place penalty for impeding eventual pole-sitter Alex Albon.

After damaging his front wing in the crash and then completing his flying lap, Norris was driving slowly back to the pits when Albon came up behind him in the first part of the Swimming Pool section and had to slow and abandon his lap.

The penalty drops Norris back to 18th place, where he will line up alongside championship rival George Russell after the Mercedes junior’s first day driving in Monaco was wrecked by an engine failure early in practice.

Arden driver Gunther had set the quickest time for an F2 rookie in qualifying on his first time in Monaco, but must start from the pits after driving past the red light instructing him to take his car to the FIA weigh station.

He would have been due to start seventh, into which Santino Ferrucci is now promoted alongside his Trident team-mate Arjun Maini.