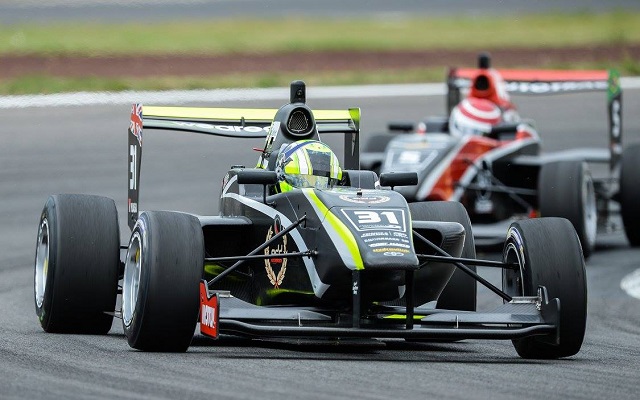 The 16-year-old Briton survived two restarts to complete a lights-to-flag victory in a dominant fashion, beating the whole field bar Pedro Piquet by more than 12?seconds.

The race was quickly neutralized after the start following a collision between Artem Markelov and James Munro, forcing the Russian to retire and the Kiwi driver to pit for a new front wing.

Norris, having maintained first place, nailed the restart to lead from Piquet and Brendon Leitch.

However, the safety car and subsequently the red flag stopped the race less than two laps later in order to recover the car of Rodrigo Baptista, who had an incident at turn 5.

Norris and Piquet stayed ahead once the field was back to racing with Guan Yu Zhou sneaking past Leitch for third.

The Chinaman failed to keep up with his M2 teammates, allowing Piquet to?establish a gap of nine seconds as he?crossed the finish line in second.