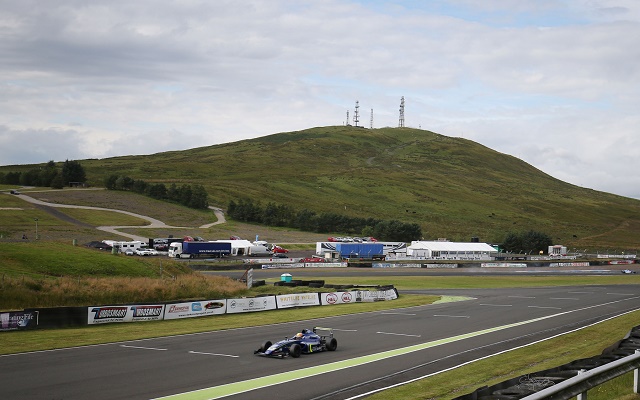 Carlin’s Lando Norris was the quickest overall driver in a close MSA Formula qualifying at Knockhill, while rival Dan Ticktum of Fortec bagged pole for race three on second-best times.

Title contenders Norris, Ticktum and championship leader Ricky Collard were the top drivers throughout the session, with the fight for pole limited to the trio.

Ticktum led with ten minutes to go when Ollie Pidgley went off in the gravel and brought out the red flag. As the session then got going again, the red flag returned almost instantly as Tarun Reddy also found the gravel.

In the final stint, Ticktum and Norris traded blows before the latter finally edged ahead.

Collard had to do with third, while his teammates Enaam Ahmed and Sandy Mitchell were fifth and sixth behind Colton Herta, who was a first-time winner at Snetterton.

Ticktum and Norris will switch places on the first row for race three, with Collard, Herta and Ahmed staying put in the top five.