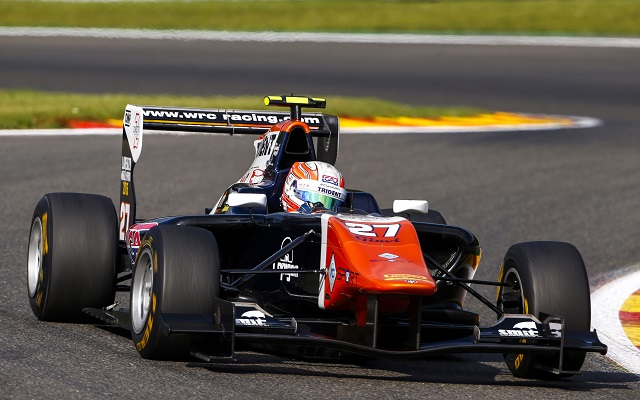 Luca Ghiotto maintained his near-perfect qualifying form of 2015 at Spa-Francorchamps, taking his fourth pole in the five GP3 rounds.

The Italian, whose first pole in the series had come on his Spa debut last year, was slightly adrift after the first series of flyers but managed to improve massively on new tyres to end the session in first.

He will start race one alongside Esteban Ocon, who narrowly escaped in second, as a last-minute flyer from Marvin Kirchhofer was just 0.03s shy of his teammate.

Emil Bernstorff was fourth-fastest, followed by the Italian duo of Antonio Fuoco and Kevin Ceccon.

Matt Parry showed promise throughout the session, setting a couple of purple sectors, but he was unable to complete a full lap on the pace and ended up seventh.

The top ten was completed by Matheo Tuscher, Jimmy Eriksson and Alfonso Celis.