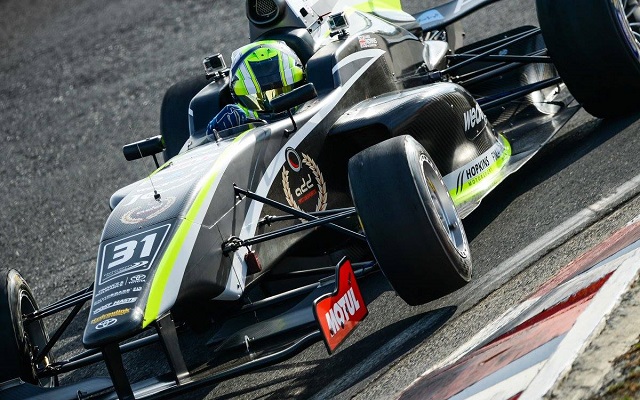 Norris controlled the first of two sessions, beating a quintet of drivers, who were separated by just 0.027s between second and sixth.

The group was led by Force India junior Jehan Daruvala, who edged out Guan Yu Zhou and Piquet by?one and three?thousandths of a second respectively with a late flyer.

James Munro secured fifth to be the best non-M2 driver, followed by Russian Artem Markelov and Antoni Ptak, who caused a brief red flag period in the middle of the session.

Norris?started to lead the following session with his second flyer too, but he ended up only second behind Piquet.

Canadian Kami Laliberte, Cockerton and Ptak took eighth, ninth and tenth respectively, the pole only half a second off Piquet’s pace.