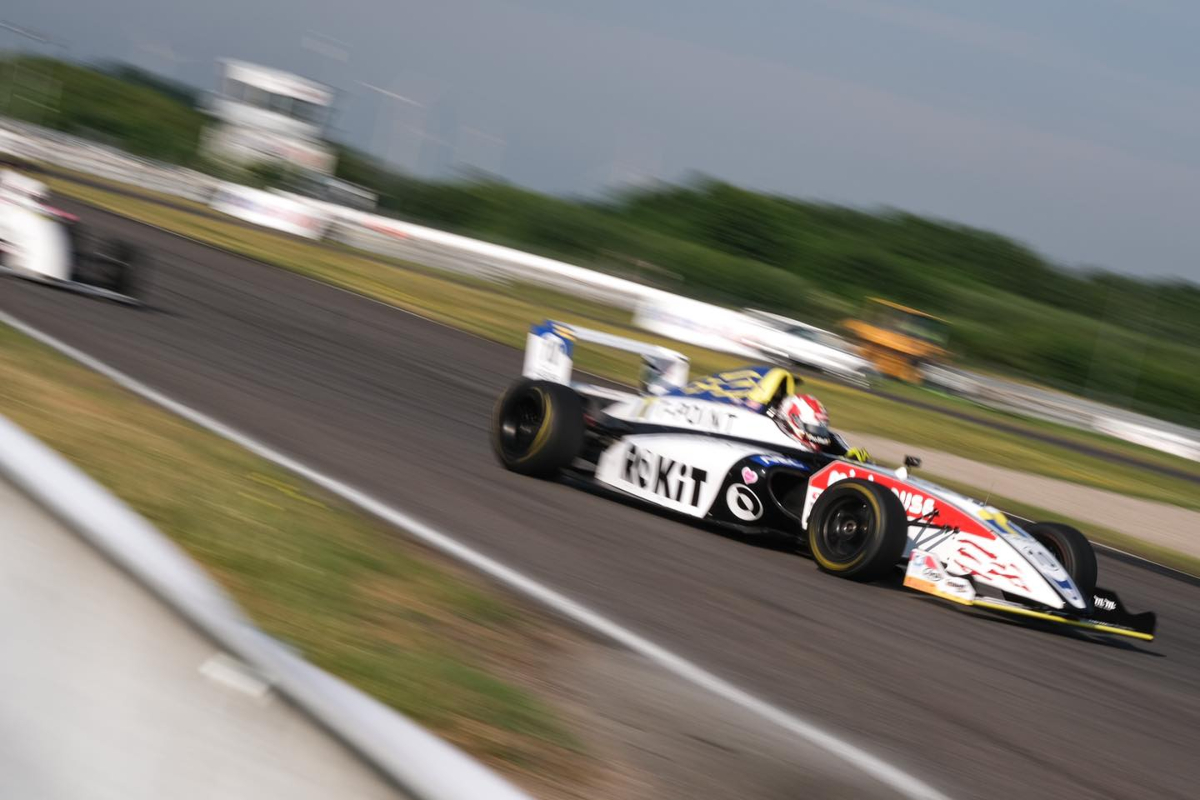 Jesse Carrasquedo Jr has taken victory on his Danish Formula 4 debut as a result of Juju Noda being disqualified.

Noda won the race on track at Padborg Park but she secured victory after clashing with Team FSP’s Emmo Fittipaldi, son of two-time Formula 1 world champion Emerson Fittipaldi, at the very end of the race.

Fittipaldi’s race ended in the gravel and he was classified a lap down in 10th place, and both his and Noda’s fathers were seen debating the incident shortly after.

Stewards deemed Noda Racing driver Noda at fault for the incident, and she has been removed from the results of the race.

That promotes NACAM F4-experienced driver Carrasquedo, who has also tested in Spanish F4 since coming to Europe, to victory.

The Mexican youngster missed the season opener and so this weekend’s opening race marked his Danish championship debut. His win puts him straight into eighth in the points, with second place for Formula 5 runner Jacob Bjerring promoting him to second place in the points at the expense of Noda.