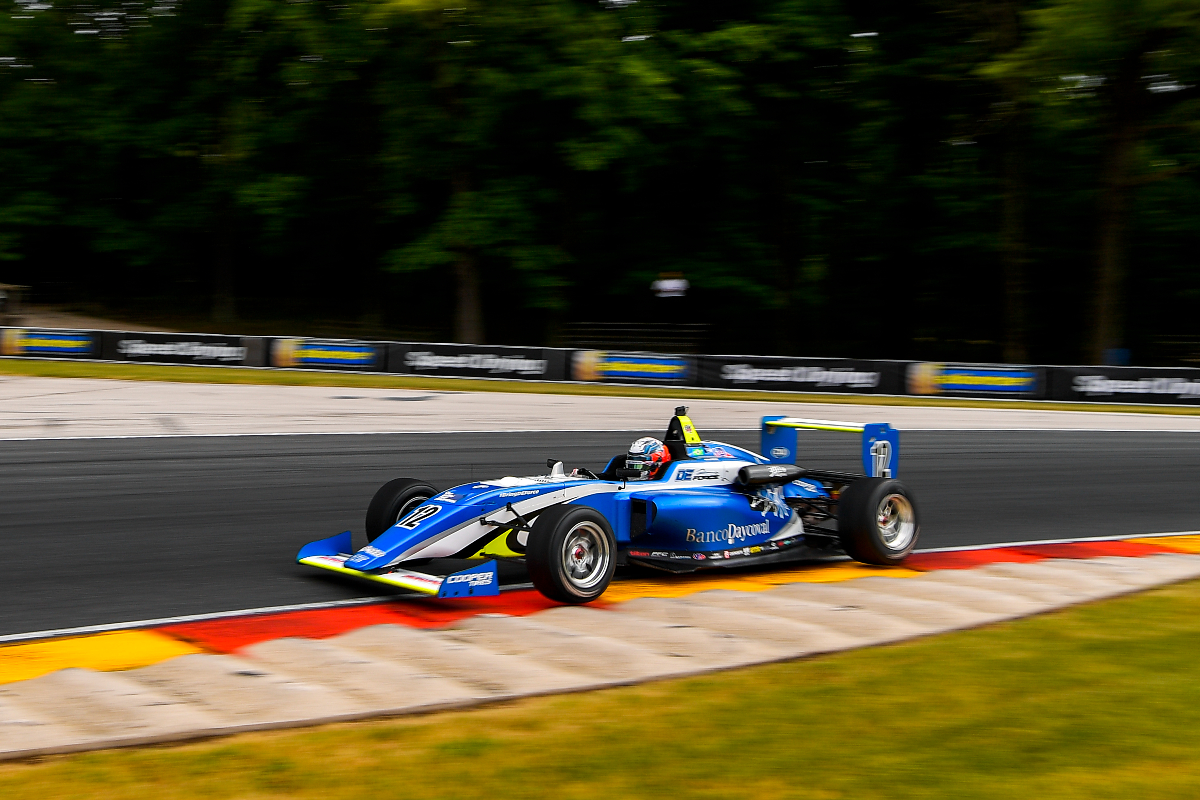 Kiko Porto took over the USF2000 points lead with a hard-fought victory in the first race of the Road America round.

The Brazilian started from pole and led away before the race entered a full course yellow period following an incident involving Billy Frazer and Kent Vaccaro.

Upon the restart, Porto and Cape Mototsports’ Michael d’Orlando went side-by-side for almost the entire lap in an incredibly tense minute-and-a-half that somehow didn’t result in contact between the pair.

D’Orlando claimed the lead before the final corner, but then Porto went around the outside of him at the start of the next lap and from that point kept the lead of the race to win for DEForce Racing.

Porto’s team-mate Nolan Siegel had been second but was passed by d’Orlando and Spike Kohlbecker on the opening lap, and then after the restart he made a mistake that dropped him several spots down the order. However he recovered well, even when he made another mistake, and was rewarded with fourth place behind Cape with Ignite Autosport driver Kohlbecker.