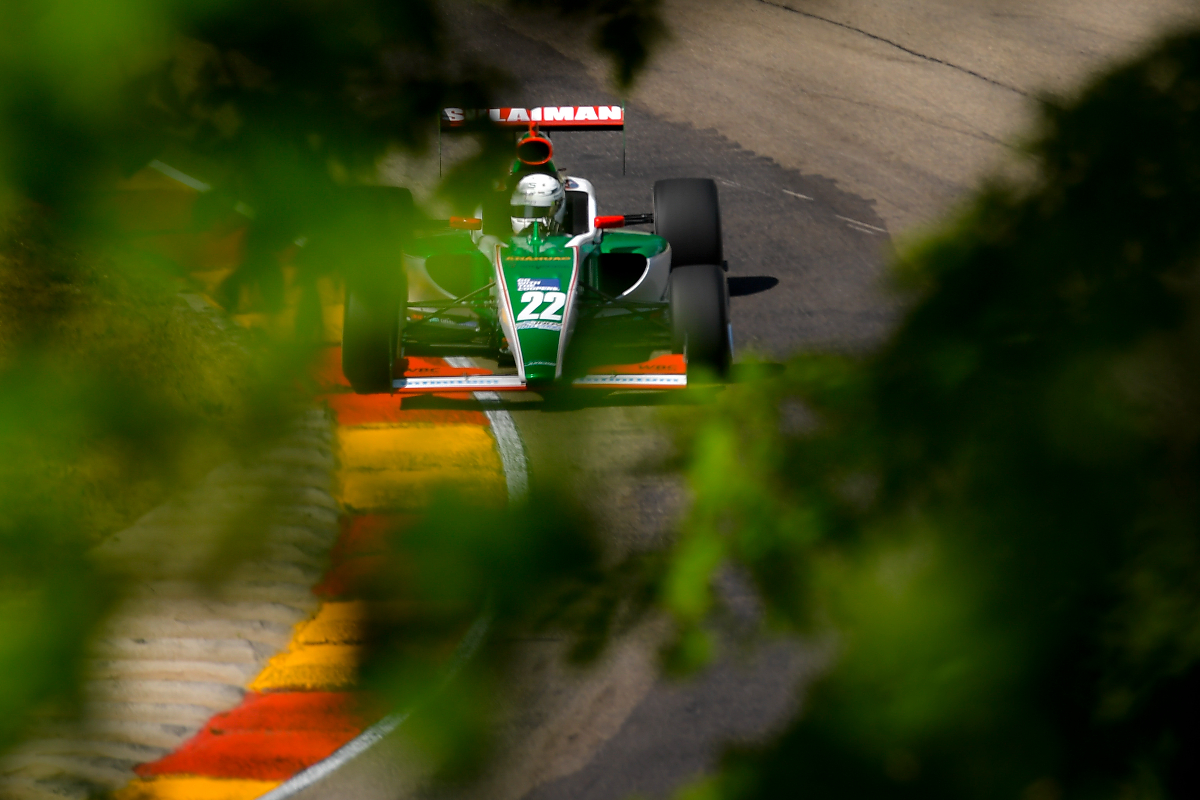 Juncos Racing’s Sulaiman started on pole for the 15-lap race and got a good start to lead. However, there was a lengthy caution period for a four-car collision which took out championship leader Christian Rasmussen.

The Jay Howard Driver Development runner was involved in contact at the third corner with Jack William Miller which sent the latter airborne while he speared across the track and collected team-mate Wyatt Brichacek and Juncos’s Kyffin Simpson.

Rasmussen ran wide out of the turn and Miller launched over the top of him, barrel-rolling in the air. All drivers were uninjured in the contact, and the 15-lap race resumed with five laps completed.

From there, Exclusive Autosport’s Petrov applied consistent pressure on Sulaiman throughout the race but was unable to make a move stick for the lead on the 4.058-mile course.

The result is Sulaiman’s first win of the season, and his third in IP2000.

Abel, meanwhile, was passed by Juncos’s Reece Gold for third early after the restart. But, after being pressured by Exclusive Autosport’s Braden Eves, was able to work back up towards the leaders.

He sold Gold a dummy into Turn 1 with a few laps to go, and was pressuring Petrov for second as the race came towards its conclusion. The podium is his first of the season and matches his best IP2000 result.

Eves worked his way past Gold late on for fourth, after starting ninth, ahead of Gold and Turn 3 Motorsport’s James Roe Jr.