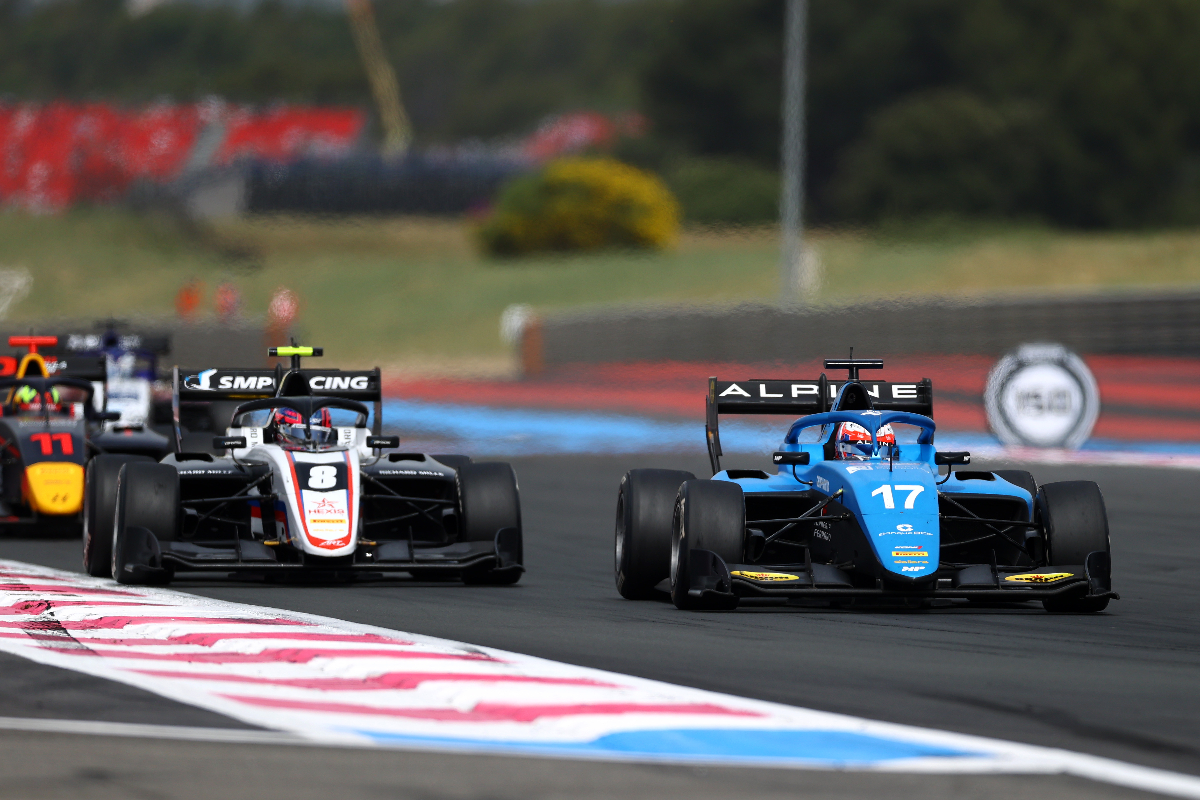 MP Motorsport’s Victor Martins feels that his two podium finishes in the Saturday FIA Formula 3 Championship races at Paul Ricard is among the most fun he’s had in motorsport.

Alpine junior Martins climbed from 10th on the grid to finish second in the first race of the day, before matching his gains from 11th to round out the podium in the second race of the day by splitting the Prema Racing trio.

Formula Scout asked in the post-race conference of the second race whether the day’s running was the most fun he has had in a racing car.

“Yes, yes. Completely,” he replied. “I said to the guys at MP after race one, it was a joke, that I did more overtakes in one race in F3 than in all of the races I spent in Formula Renault last year.

“I’m enjoying it a lot. Just before a race, you know that in F3 you don’t know what’s going to happen and you could see again today that there were so many overtakes.

“The mindset is different. You know that you can come back, so you enjoy and I enjoy it so much and I hope for the fans also it will be like this all of the season because I think it’s quite interesting and fun to watch.”

The question came as a follow-up to one from the morning’s press conference, where Martins was asked how happy he was to be in a championship where he feels able to do some overtaking.

“I’m incredibly happy to be in F3. Last year the Formula Renault car for the race wasn’t great to overtake and it was quite hard and there were almost no overtakes during the races.

“Now I’m in F3, we have the DRS, we are at Paul Ricard with long straights, and I clearly saw that today if you have a good pace and you get good opportunities you can just get through the field, I wouldn’t say easily, but with consistency and you can really go for it.

Martins will start third on the grid for Sunday’s race, with ART Grand Prix’s Frederik Vesti on pole.