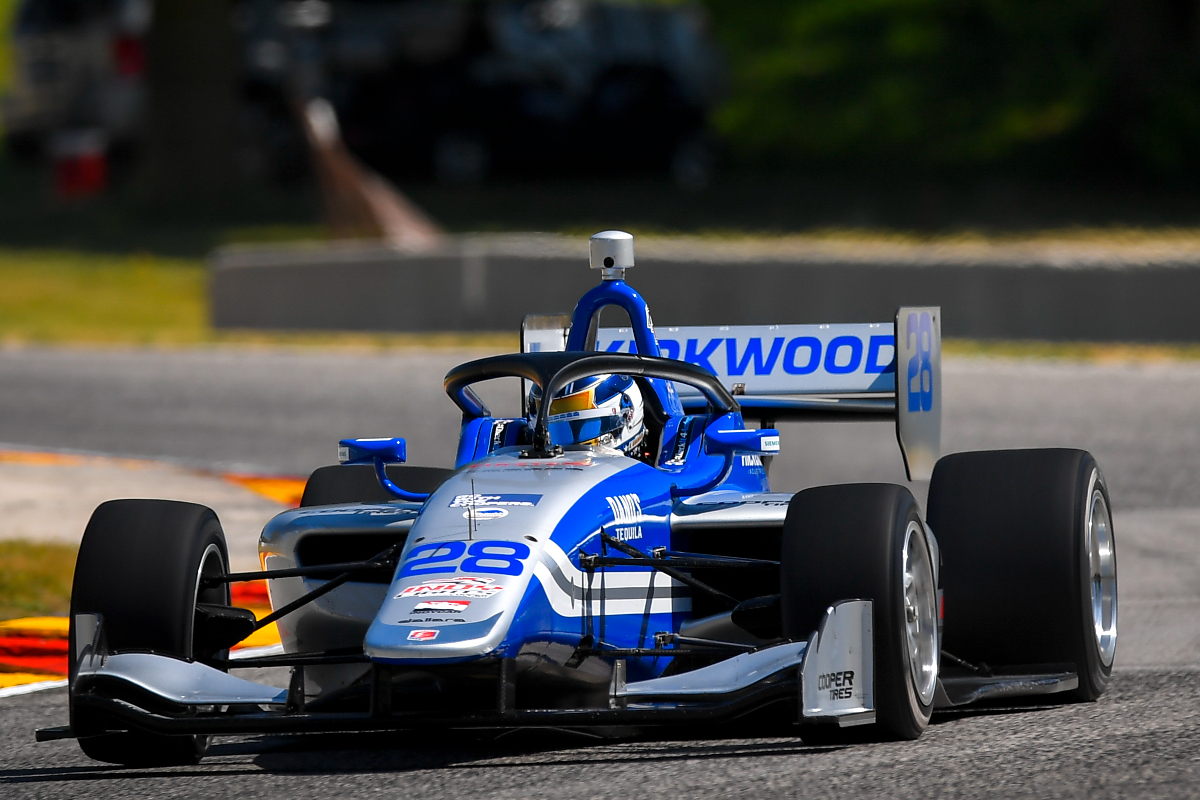 Kyle Kirkwood charged from fourth to win the first Indy Lights race of the weekend at Road America, and broke Spencer Pigot’s Road to Indy wins record in the process.

At the same time, Global Racing Group with HMD’s Linus Lundqvist clashed with Andretti Steinbrenner Autosport’s Devlin DeFrancesco, damaging the latter’s car and forcing him to pit to check for damage.

All of the cars continued, but the top three qualifiers were all affected severely.

This left Juncos Racing’s Toby Sowery out front on the first lap. Sowery’s pace, however, was not particularly strong and he was passed by Lundqvist pretty early into the 20-lap race.

By lap five, Kirkwood worked his way past Lundqvist, whose pace dropped off pretty quickly while team-mate Benjamin Pedersen worked his way up the pack.

Pedersen was with Lundqvist towards the end of the race, while Kirkwood had opened up a six-second lead to Carlin with Jay Howard Driver Development’s Alex Peroni.

Peroni, however, had to retire from second place due to losing fourth gear.

Kirkwood opened up a bigger lead towards the end, as Lundqvist fell behind Pedersen on the penultimate lap.

Andretti’s Robert Megennis recovered from contact further around lap one than the other sufferers to take third after Lundqvist on the final tour, while early leader Sowery ended up a distant fifth.

Pserra Racing’s Antonio Serravalle finished a career-best sixth just behind Sowery and ahead of the recovering Malukas.

Juncos’s Sting Ray Robb climbed up and down the order and eventually finished eighth ahead of Carlin’s Christian Bogle. DeFrancesco and Frost rounded out the finishers.

There was a risk of a late caution for a bizarre incident involving HMD’s Nikita Lastochkin. He spun on the exit of the pitlane after an unscheduled stop, brushed the wall and picked up an advertising board.

He deposited it at Turn 5, slightly off the racing line. He went to be the race’s second retirement.