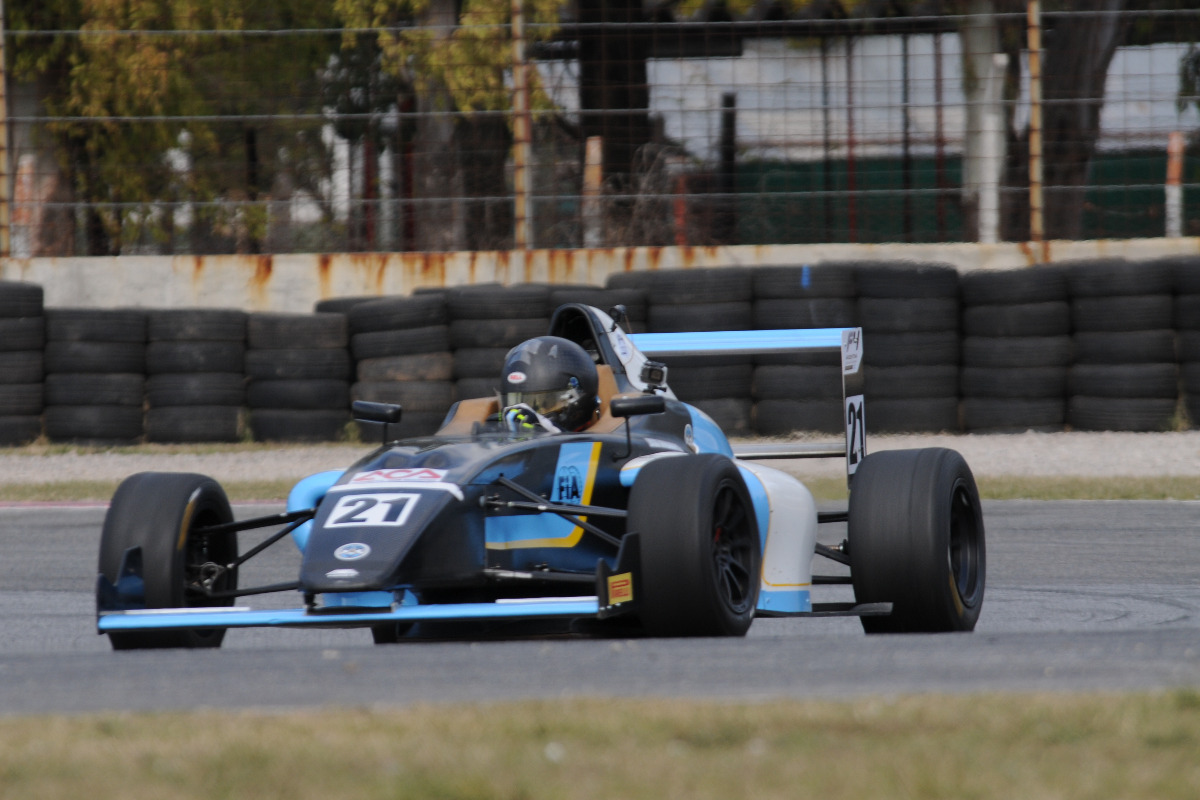 The new Argentinian Formula 4 championship held its delayed second round of the season at Buenos Aires on Saturday, with Lucas Bohdanowicz winning both races.

Bohdanowicz, 15, was a junior karting champion in Argentina two years ago and stepped into single-seaters this year in Argentinian Formula Renault 2.0. He missed the F4 season opener, but that didn’t seem to hurt his debut.

His weekend actually started with difficulty, being way off the pace in the first free practice session, but he turned it around in time for qualifying and took pole by 0.385 seconds over Federico Hermida who won both races of the Concordia round.

The pair were joined by Figgo Bessone in the battle for race one victory at Buenos Aires, with Bohdanowicz fending both off to win on his debut. Braian Quevedo, a winner in Argentinian FR2.0 this year and also making his series debut, came fourth.

Luciano Martinez started at the front of the grid for race two, ahead of Quevedo and Bohdanowicz.

Quevedo streaked into an early lead, with Martinez and Bohdanowicz taking turns at pressuring him. Eventually when Quevedo did make a mistake, it was Bohdanowicz who profited to move into the lead.

Once ahead he pulled away for a second victory, as Quevedo kept up his defences against Martinez to hold on to second place. Hermida and Bessone also joined that battle, with the quartet finishing closely together but almost three seconds behind Bohdanowicz.