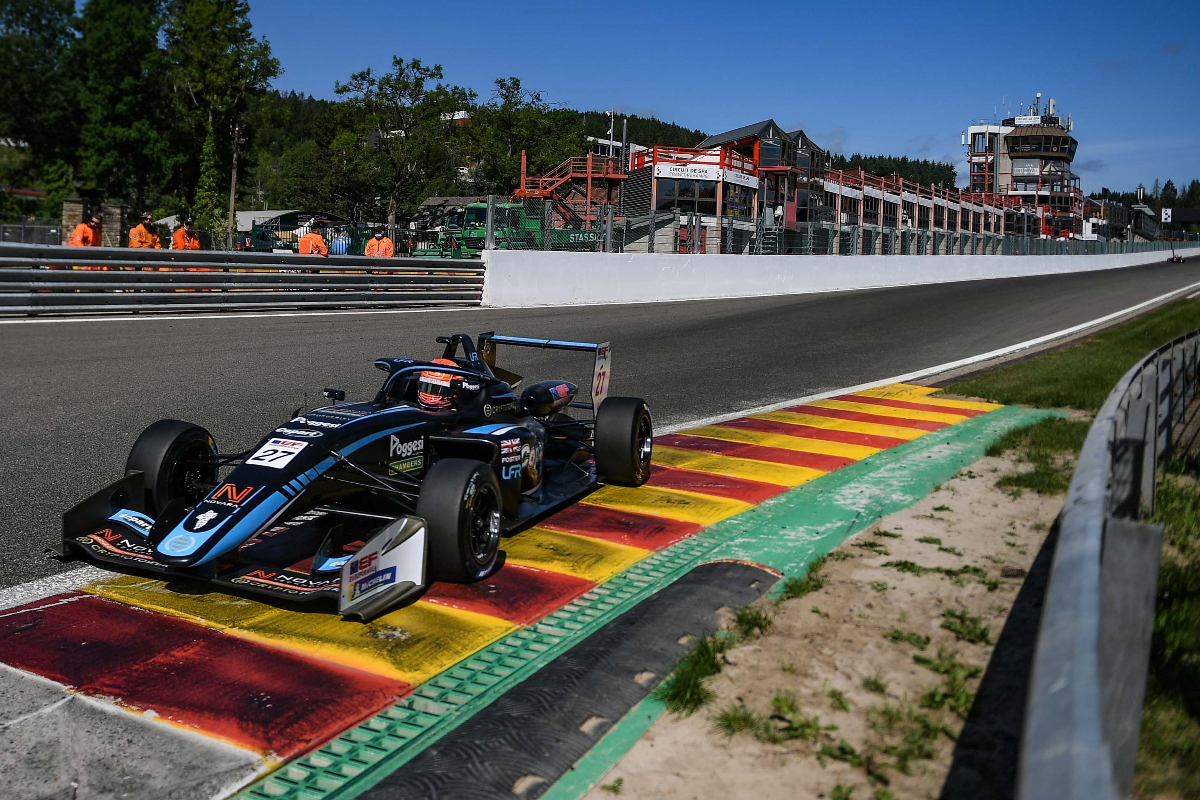 Louis Foster prevailed in a chaotic opening race of the weekend at Spa-Francorchamps for Euroformula.

The Briton started from pole and fended off an attack from Cameron Das and Joshua Mason down the Kemmel Straight on the opening lap. However the two behind made contact, putting Mason in the air and then out of the race while Das pitted.

The resultant safety car period meant Das could catch back up with the field, and there was a second safety car interruption when Matthias Luethen (Motopark) and Zdenek Chovanec (Double R Racing) collided.

At that point Carlin’s Christian Mansell was in second place, on his series debut, but he slipped to fifth and Foster’s CryptoTower Racing Team team-mate Nazim Azman comfortably claimed the runner-up spot.

Van Amersfoort Racing’s Casper Stevenson had intense battles with Mansell and then CryptoTower’s Filip Kaminiarz, who he held off to secure third place.