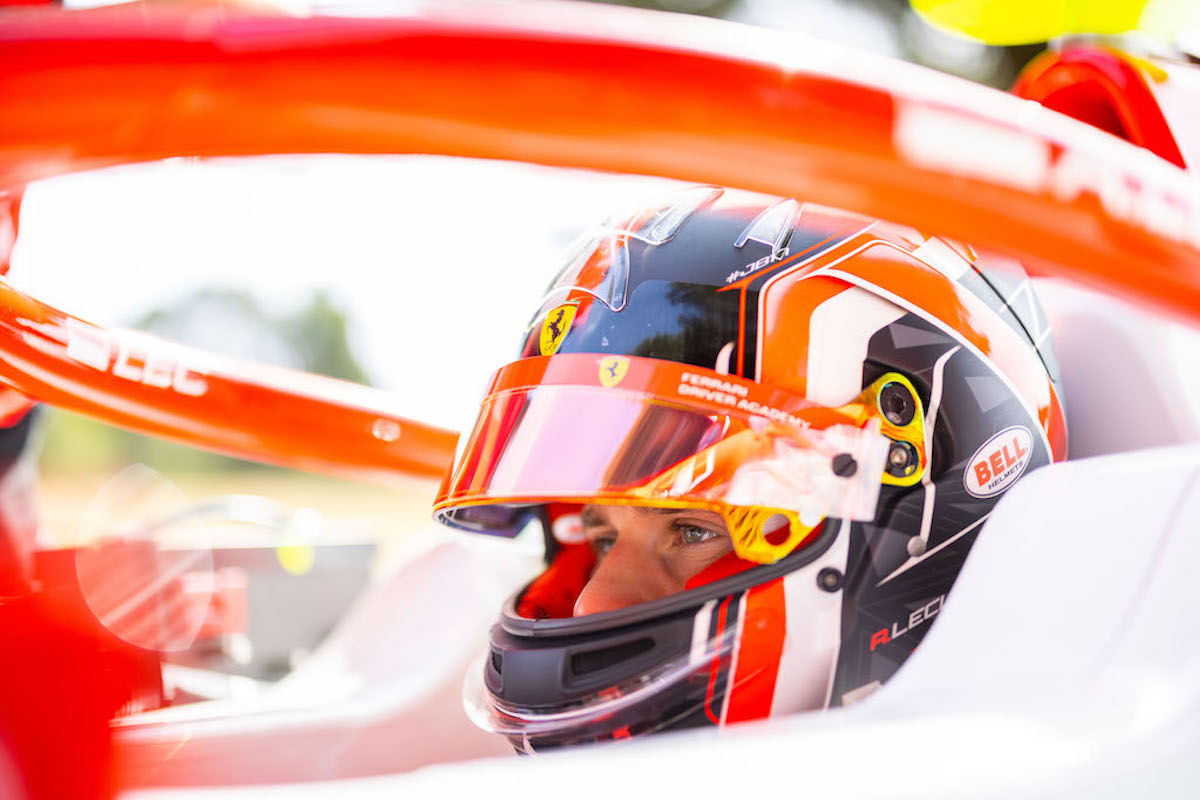 Arthur Leclerc took his first points in FIA Formula 3 with victory in the second race of the weekend at Paul Ricard.

Leclerc, who climbed up to 12th from the back of the grid in race one, led from lights to flag and came under little pressure from his Prema team-mates throughout the race.

In a race where breaking the tow to those behind proved crucial, Leclerc was quick to pull away from the rest of the field.

Second-place starter Jak Crawford stalled off the line, and while everyone managed to avoid the stationary car, the slight delay gave Leclerc a small advantage.

Dennis Hauger and Olli Caldwell swapped places in the battle for second a handful of times before Caldwell solidified his position ahead of his Prema team-mate.

Caldwell was briefly able to close the gap to Leclerc, but was drawn back into a battle with Hauger and Leclerc was able to pull away again.

Leclerc was unchallenged through the remainder of the race and finished four seconds ahead of the rest of the field.

Hauger managed to reclaim second late in the race and edged away from Caldwell, who in turn came under pressure from Victor Martins.

Martins enjoyed another impressive climb up from 11th on the grid and moved past Caldwell on the penultimate lap of the race to take his second podium finish of the weekend for MP Motorsport. Martins also set the fastest lap to remain the joint championship leader with Hauger.

Novalak spent most of the race defending against Ayumu Iwasa, only for Iwasa to be passed by race one winner Alexander Smolyar late on.

Smolyar couldn’t put the pressure on Novalak, instead having to defend against Iwasa and Calan Williams.

The race one winner held onto the position to finish seventh while Williams passed Iwasa on the penultimate lap.

There was drama further down the order as Raffael Villagomez and Ido Cohen came together while battling outside the top 10. Both cars were able to continue, though Cohen would later come into the pits to retire after complaining about pain in his hand.

Crawford wasn’t the only driver to stall at the start of the race, with Caio Collet also struggling to get away from the line. Collet, who started in the mid-pack, was able to get going again, but struggled with pace and came into the pits to retire after the opening lap.

David Schumacher almost ran into trouble on the final lap while battling just outside the top 10. The Trident run driver ran wide and almost made contact with those he’d been battling against as he rejoined the track. He managed to avoid any incident and crossed the line P11, just behind Frederik Vesti.