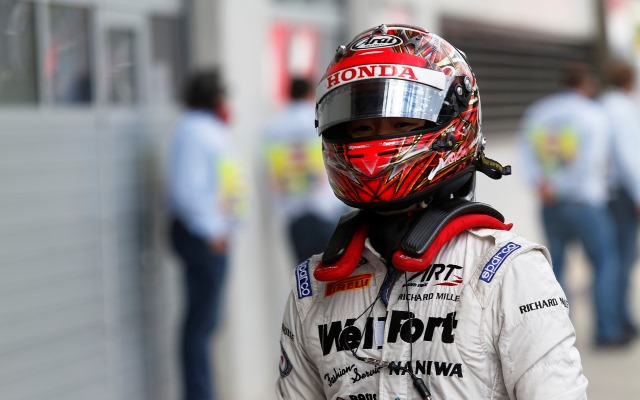 Honda-backed GP2 ace Nobuharu Matsushita scored a commanding victory in the opening race of the MRF Challenge at Yas Marina in Abu Dhabi.

After beating Formula 3 frontrunner Jake Dennis to pole position by nearly four tenths of a second, Matsushita quickly opened up a five-second lead at the start of the race as Pietro Fittipaldi snatched second from Dennis.

The Japanese driver’s gap was eliminated by the appearance of a safety car to recover the car of Laura Tillett, but he pulled a 4.4-second advantage over Fittipaldi again before the finish.

Fittipaldi held off his fellow F3 racer Dennis by three tenths of a second at the finish line to take second.

Single-seater debutant Max Fewtrell fell to the back of the 17-car pack on the opening lap but recovered to 11th, getting ahead of Nerses Isaakyan and Dylan Young on the final lap as the latter was eliminated.

WEC debuts for Tuscher and Dillmann at Shanghai