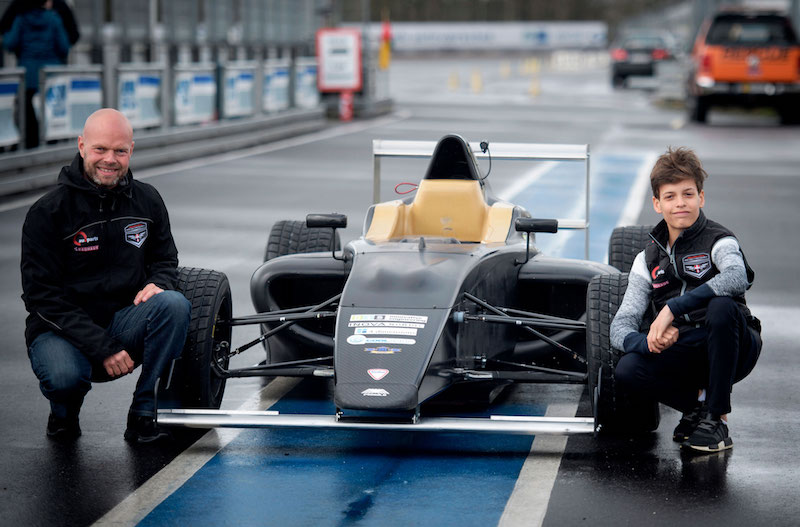 Successful karter Noah Watt, the 14-year-old son of Formula 3000 runner-up Jason, will make his single-seater debut in the new Danish Formula 4 series with a team run by Jan Magnussen.

Watt was Danish champion last year at junior level and came second in the European championship and WSK Super Master Series in the OK Junior class.

Danish F4 will use the Mygale chassis seen in Britain and Australia with a Renault engine, a combination already used in South East Asia.

Even though Watt does not turn 15 until June, he will start his season at round one this weekend at Jyllandsringen, driving for the Magnussen Racing Experience team owned by the ex-Formula 1 turned sportscar racer.

“I’m really looking forward to getting started,” said Watt, whose father went on to earn success in touring cars after a motorcycle accident paralysed him from the chest down.

“I have already tested Formula 4 with a?team in Italy and it was a great experience. Formula racing is a whole new world when you are used to a go-kart. The track is larger, the car is larger, the speed is higher, and there are more things to be aware of. But I quickly felt right in the car and I’m looking forward to getting back in the seat and meeting the team again.”

“Noah Watt has already proven that he has a huge talent for karting,” said Magnussen.

“Our spring test in Italy also showed that things also come naturally to him in a race car.

“Personally I am of course proud that the team around Watt chose Magnussen Racing Experience to Noah’s debut in racing cars.

“I have known Watt family for many years and I am happy that my team has?been allowed to help to facilitate a professional career for Noah.