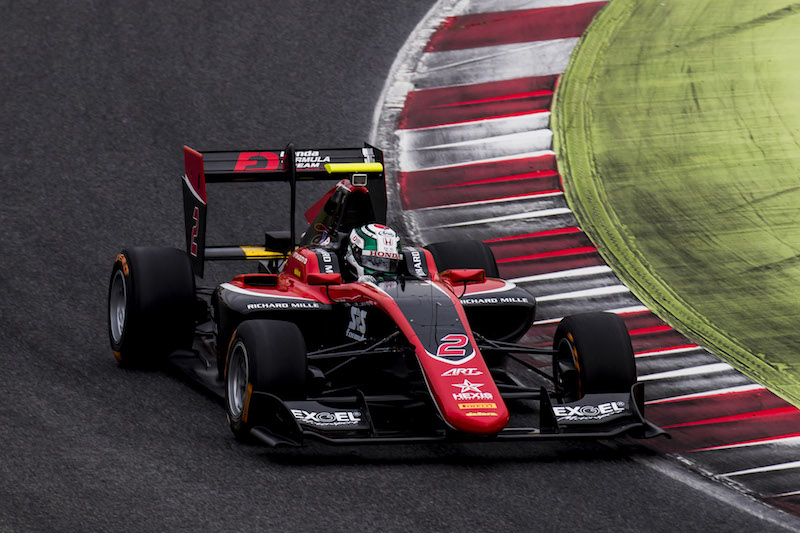 Nirei Fukuzumi kept ART Grand Prix on top in GP3 pre-season testing, as he and Anthoine Hubert maintained?the team’s stronghold of the lead?positions?on the first day of running at Barcelona.

After George Russell and Jack Aitken led the way at Estoril last month, Fukuzumi took his turn at the top of the times with a?1m33.685s set in the afternoon, with the Honda protege the only driver below the 1m34s mark.

Hubert was?0.435s down in second, while third-quickest for the day was the morning pacesetter Arjun Maini with a time of 1m34.163s, with the Jenzer Motorsport driver also third best in the afternoon.

Russell was fourth in the afternoon ahead of Alessio Lorandi, Giuliano Alesi, Kevin Jorg and Aitken.

Niko Kari took second to Maini in the morning, followed by Santino Ferrucci with Fukuzumi the only ART driver inside the top 10 in fourth.