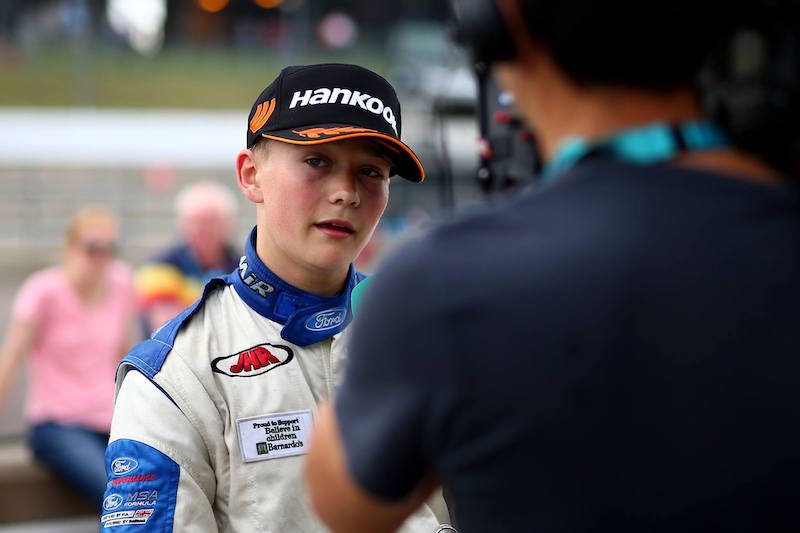 British Formula 4 racer Billy Monger has lost both of his lower legs after his serious crash at Donington Park on Sunday.

The 17-year-old hit the rear of Patrik Pasma’s car at speed after being unsighted as the Finn slowed up around Schwantz Curve on the fourth lap?of race three.

Monger was airlifted to hospital after a lengthy extraction process from his car, but it has now emerged that he has had both his?lower legs amputated.

An official statement issued by?the championship added that “he has been kept in an induced coma while undergoing surgery, from which he is expected to be woken in the next few days”.

“Donations will be used to fund the care, treatments and therapies required by Billy in the immediate future and going forward, helping him to return to a full and active life,” reads a statement on JustGiving.

Monger had claimed his second podium finish in as many rounds so far this season in the first Donington race on Saturday, and is currently sixth in the standings.

Last year, in his rookie season in single-seaters after winning races in Ginetta Juniors, he finished 12th in the standings with three podiums despite having to miss a round due to budget constraints.

A lack of funds meant he had not yet committed to the full 2017 campaign, and was thus competing in the championship’s new Challenge Cup division for those contesting a reduced number of events.