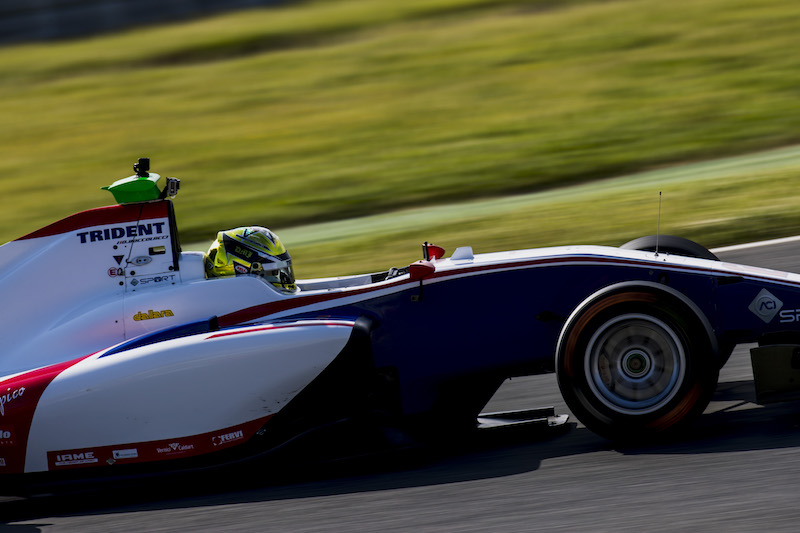 Dorian Boccolacci was fastest in both sessions on the second and final day of the GP3 pre-season test at Barcelona as he awaits confirmation of a deal to race for?Trident this year.

The Formula Renault Eurocup runner-up has run every day of pre-season testing so far with Trident, but the team has yet to confirm a race seat for the Frenchman.

His best time of 1m32.896s was set in the morning session, when he was 12 thousandths of a second quicker than ART’s Nirei Fukuzumi.

He was 0.789s faster than the benchmark time set by the Japanese driver on Wednesday, and was the first driver to top a test day in 2017 from outside of ART, after George Russell and Jack Aitken had been quickest at Estoril last month.

The British pair completed the top four on Thursday, with Aitken ahead of Russell, followed by Arden’s Niko Kari and Campos tester Raoul Hyman, another driver still to secure a deal for this season.

Boccolacci set a 1m34.022s to top the afternoon running, four tenths ahead of Alessio Lorandi.