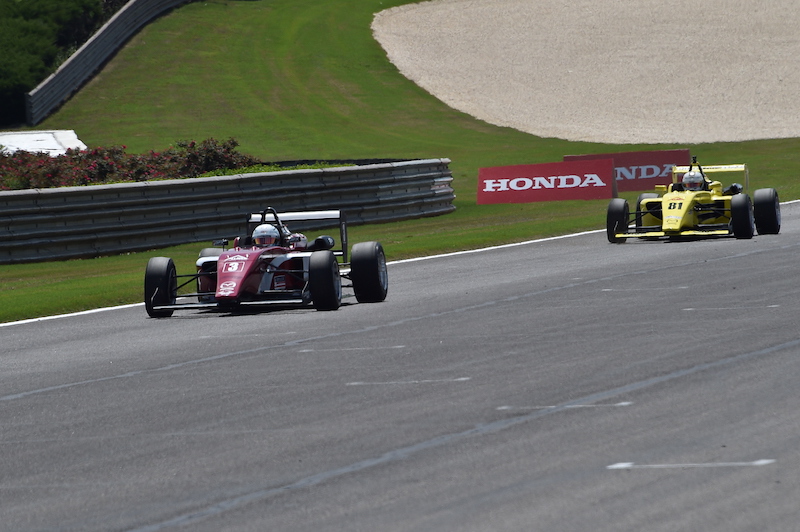 Oliver Askew kept 14-year-old Kaylen Frederick at bay to score his second win of the USF2000 season in race one at Barber.

Championship leader Askew made a good start but was pressured by Frederick?throughout the 30-minute race, which went under caution with 13 minutes remaining while the car of Ricky Donison was pulled out of the gravel at the final corner.

After the restart, Frederick closed right up in the final few minutes, with?Askew holding on by just 0.227 seconds at the chequered flag.

Rinus van Kalmthout was only half a second further back as he made it an all-rookie podium in third.