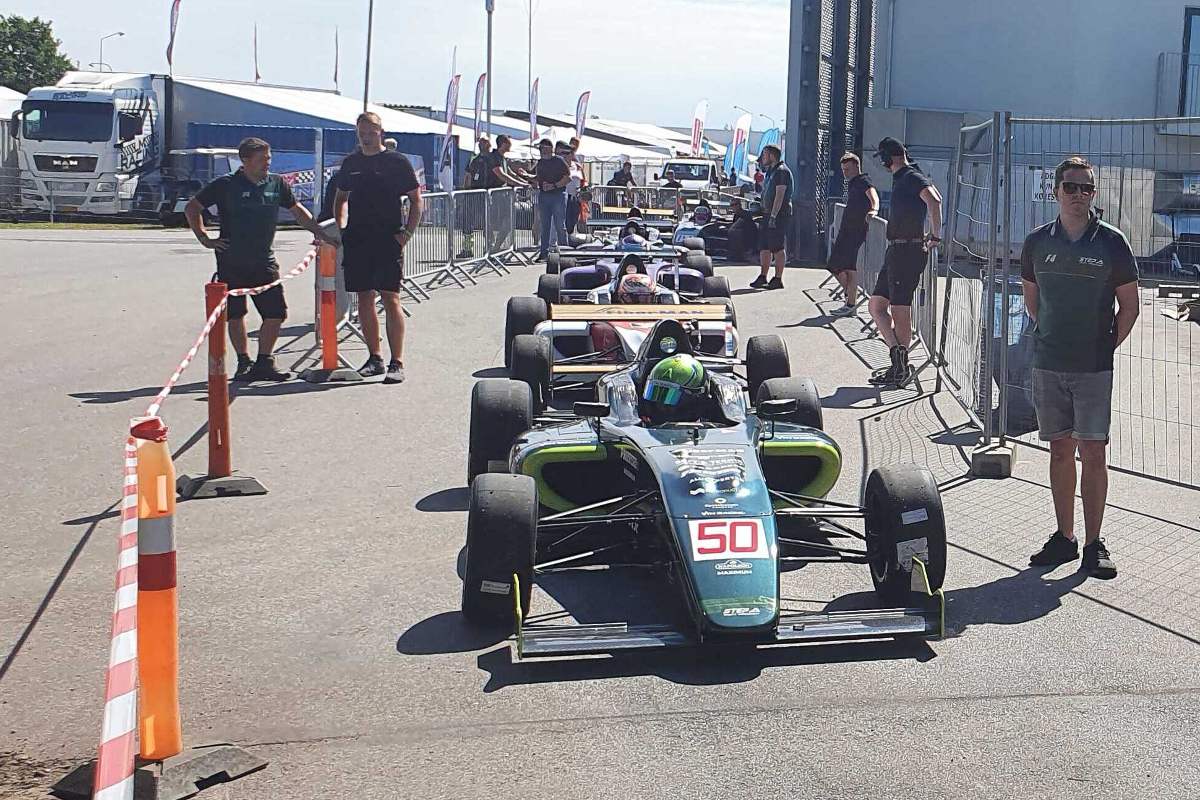 Danish Formula 4 drivers Victor Nielsen and Theodor Jensen have already firmed up their next racing plans.

The two rookies are currently fifth and seventh respectively in the Danish F4 standings. Nielsen [pictured above] has four podiums and a pole position at Jyllandsringen, while Jensen made the podium in the Swedish round at Sturup Raceway.

In addition to seeing out the season with Team FormulaSport, Jensen will also join Sainteloc Racing in the Spanish F4 championship in the team’s second car.

“Sainteloc will give me the best chance to learn and get results,” Jensen said. “Very excited for the racing and learning experience.”

He will contest this weekend’s Motorland Aragon round and at least one of the two after that at Navarra and Barcelona.

Nielsen meanwhile has already signed a contract to do a second season with STEP Motorsport in Danish F4 for 2023, and also intends to race in ERA, the first all-electric junior single-seater championship.

“For ERA we have a preesigned contract as we are waiting on the ERA race promoter to come with a programme and plans for 2023 which indicates there is a grid,” he explained to Formula Scout.

“We hope ERA will have the grid, as my goal is to race in sustainable motorsport in future. But we need to see some action from ERA.”

ERA launched last month with its inaugural race at Zolder, but several of the other rounds in its 2022 season have been cancelled and the status of its second – and final – round in November remains in flux. The eTouring Car World Cup (ETCR), which ERA runs on the support bill of, has moved its final round forward from a planned November date at Istanbul Park to a September event at the Sachsenring. ERA is yet to make the same move, having been in talks with ETCR since.