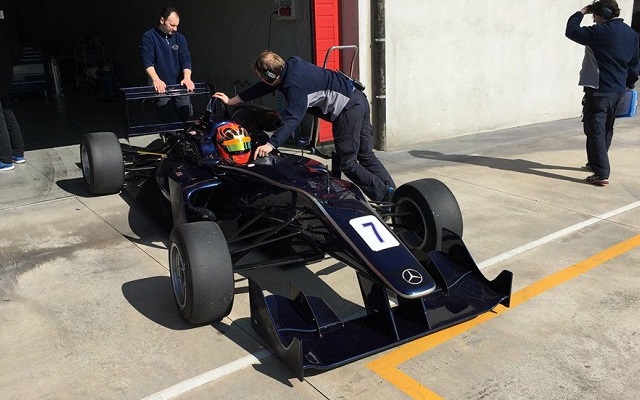 Driving for the Eurointernational team that last week announced he would compete in European F3 this season, the Dane crashed at the Piratella left-hander.

AUTOSPORT reports that Beer, who turns 19 next month, was taken to the medical centre and will fly home today (Thursday) before undergoing further checks.

The results of those checks will determine whether he takes part in the first official pre-season test at Valencia on Tuesday and Wednesday next week, according to team boss Antonio Ferrari.

Fourth in ADAC Formel Masters in 2013, Beer began last season in BRDC F4 but quit the series after four rounds. He later joined Eurointernational for the German F3 Cup and was signed to compete in the same competition full-time in 2015 before it was cancelled.

Last week the Italian squad announced that Beer would now be part of a two-car entry into the European series, with Marvin Kirchhofer driving the other car at rounds that don?t clash with his GP3 programme.

Although the collective tests do not begin until next week, teams are using their allowance of private testing to get on track before then.

Eurointernational were joined at Imola on Tuesday and Wednesday by Van Amersfoort Racing, whose driver Charles Leclerc set the pace in all four sessions across the two days.