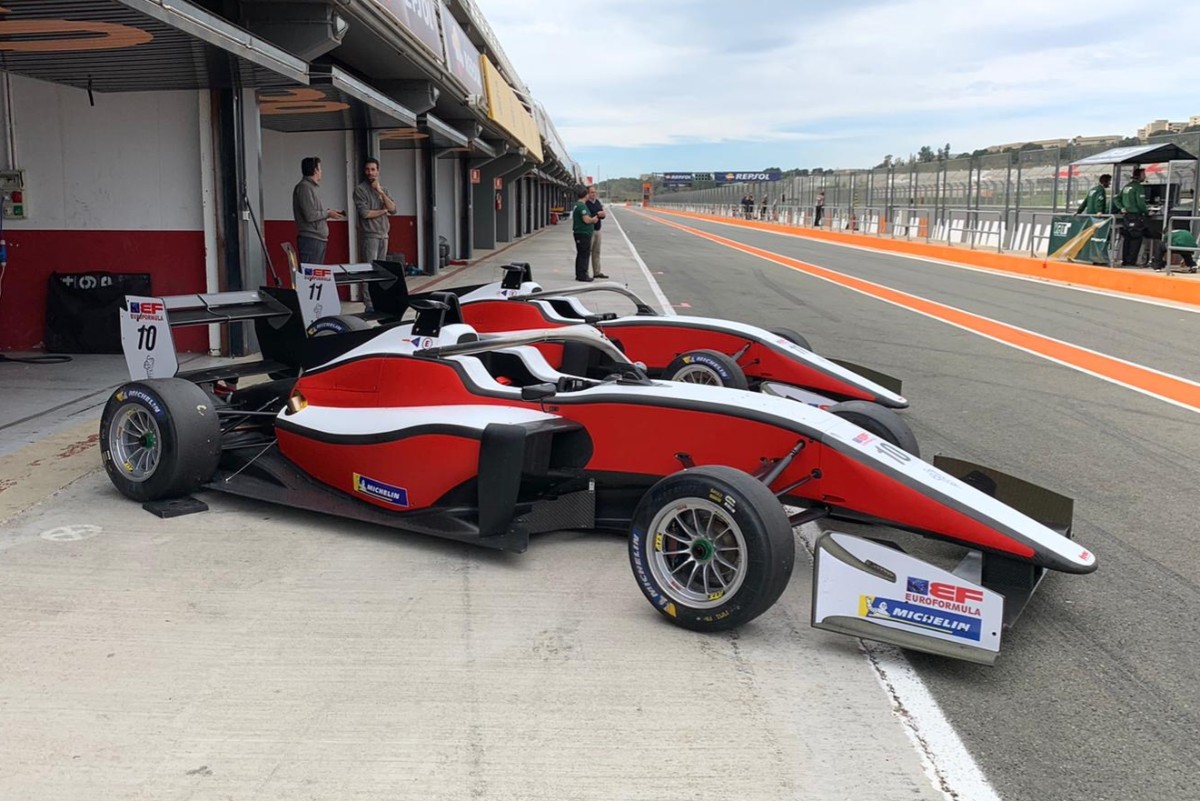 Last winter the Donegan family approached the organisers of both series about potential entries, and R-P-M got into FREC this February – two months before the season’s start – to replace DR Formula which was late on payments to the series.

Although R-P-M has Irish roots, it based itself operationally in Italy and brought in staff members from Italian team RP Motorsport which before it closed down won 11 titles in Euroformula and also supported DR Formula’s race programmes.

The initial consultations with FREC mentioned Juju Noda and Indy Lights racer James Roe Jr as potential drivers, and Noda has tested with the team but Formula Scout understands there is no current plan for her to race.

As the FREC programme came to fruition, Donegan also purchased two Dallara 320 cars from Fortec Motorsports that were supposed to run in Euroformula in 2020 but instead did no more than a shakedown as the team did not attract any drivers.

Once Donegan bought the cars he contacted Euroformula promoter GT Sport and Dallara over the provision of spare parts, but when he tried taking delivery of the two chassis pre-season he was not able to export them from England to Ireland. As R-P-M was Italian-registered he arranged for them to be transported to Italy some time later but they had to be sent straight back as Italian customs said the cars had the wrong paperwork on their arrival into the European Union.

Talk in the Euroformula paddock was that once the customs situation was solved, with a new plan hatched to get the cars into the EU via Ireland, R-P-M would be able to make its series debut in the next round at the Hungaroring on July 8-10. This is despite Donegan having put the cars up for sale online, with their Spiess engines included, back in May.

However he has since confirmed to Formula Scout that he plans to enter R-P-M into Euroformula at the first possible opportunity, but it is “too late” to do so as soon as the Hungaroring round. Dallara and GT Sport have also spoken of their confidence and hope of seeing R-P-M on track to at least test, if not race, later in 2022.

R-P-M’s expansion plans also include a long touted third full-time car in FREC, ideally this year but more likely in 2023, and it has been testing several candidate drivers in Italy.

The UK is also the location of several other cars that have been put on sale. Alex Walker is selling his Tatuus T-014 Formula 4 car after abruptly leaving Elite Motorsport and then withdrawing from GB4 last weekend, and Formula 3 Cup teams have put cars on the market while that series goes through a hiatus year.