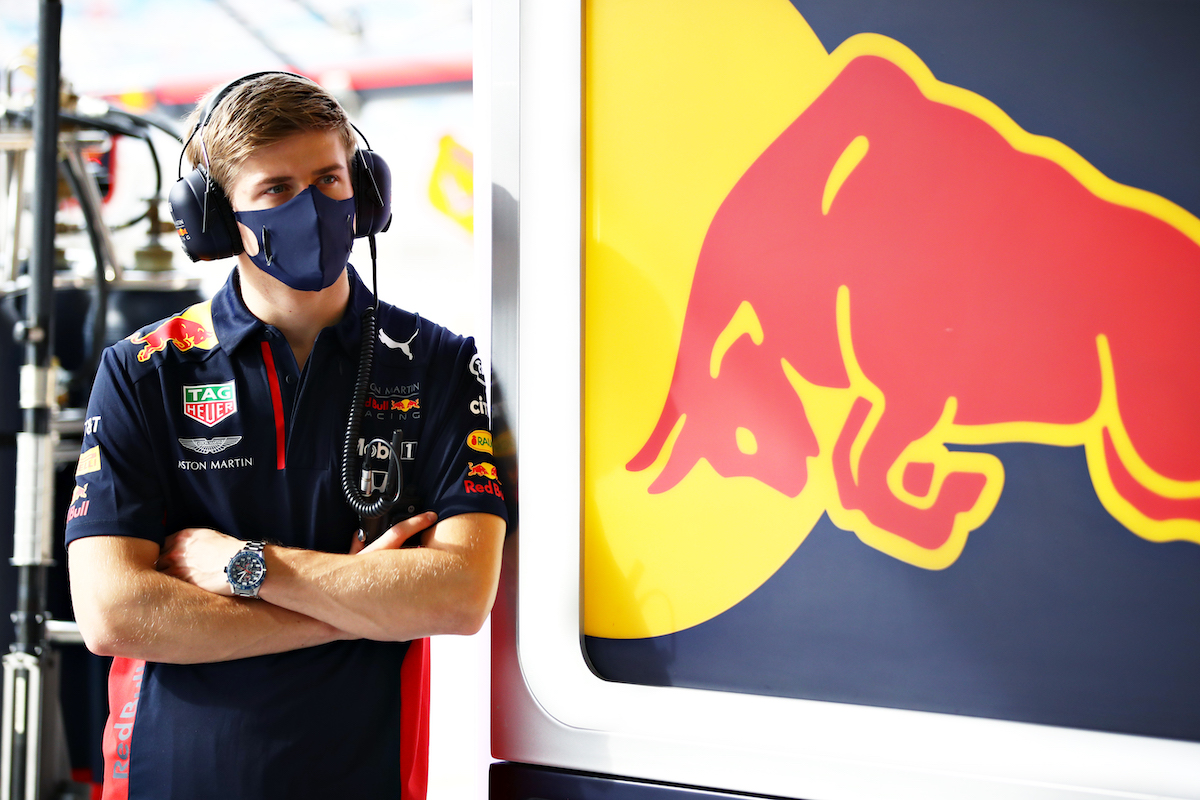 Juri Vips has been dropped as Red Bull Racing’s reserve and test driver in Formula 1 following the investigation into his use of a racial slur.

The Estonian was on a video game stream being broadcast to Twitch last week with fellow Red Bull junior Liam Lawson when he made the remark, with the clip of that moment being circulated widely the next day.

At that point Red Bull Racing responded , suspending Vips from his F1 committments while it investigated the incident in question.

“Following its investigation into an online incident involving Juri Vips, Red Bull Racing has terminated Juri’s contract as its test and reserve driver,” Red Bull Racing announced on Tuesday. “The team do not condone any form of racism.”

Vips at another moment on the stream refused to wear a pink Red Bull hat because “it’s gay”, a use of the word which has homophobic connotations, which his Red Bull stablemate responded to by telling him “you can’t say that”.

Although Vips’ Formula 2 team Hitech GP and the Red Bull Junior Team both commented on the incident publicly soon after Red Bull Racing’s first statement, neither announced they were taking actions against Vips. However uncertainty does still surround Vips’ F2 drive, which he is believed to have got on a special deal with the lack of Red Bull logos already on his car, in the lead up to the next round – Hitech’s home event – at Silverstone on July 3-5.

Vips himself is yet to comment on his future either with Red Bull or in F2.