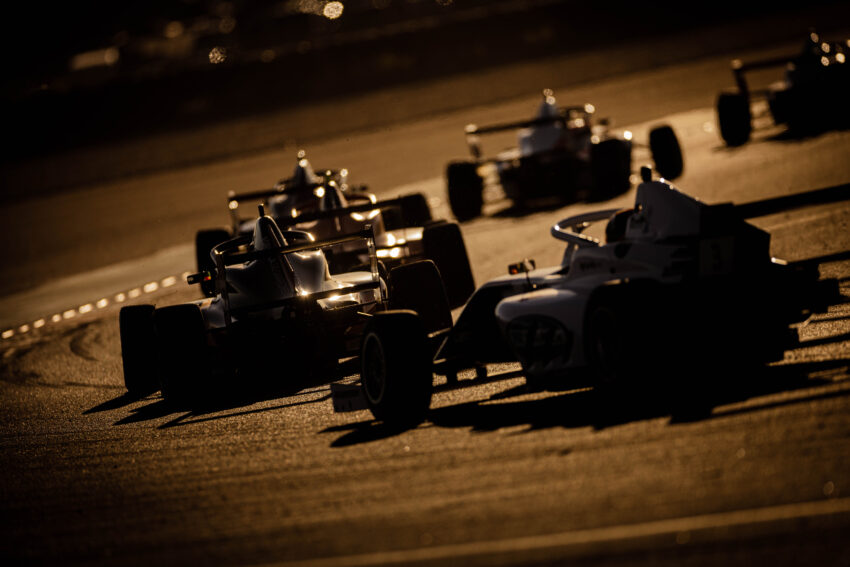 Plans for the new European series to sit between FIA Formula 3 and Formula 4 have been announced, with the name Eurocup-3.

Brought together by the promoters of the Spanish F4 championship, the series aims to undercut the F3-level Euroformula and Formula Regional European Championship, positioning itself similarly to the GB3 series in Britain.

Formula Scout was first to reveal plans for the series in October, and spoke to the organising team shortly after on their plans for another new continental junior single-seater series. The plans were officialy unveiled during the Spanish F4 finale at Barcelona last weekend.

Eurocup-3 will have a minimum age for drivers of 16 years old, and each race event will include two 40-minute practice sessions, two 15-minute qualifying sessions and then two races each lasting half an hour plus one lap. The standard FIA points system will be used, but with two points for pole and one for fastest lap.

Half of the eight-round season will take place in Spain (at Motorland Aragon, Valencia, Jerez and Barcelona), then the other half will be at tracks abroad. The four international venues selected for the inaugural season are Spa-Francorchamps, Monza, Zandvoort and Estoril.

There will be a maximum of 12 days of testing outside of race events for drivers, although six of these will be on the Fridays before rounds, and a testing blackout will begin on March 1 of next year.

The cars will utilise a new design from Tatuus, although based on the FRegional chassis, with visual cues from the 2022 Formula 1 technical regulations that will make the car lighter (by 25 kilograms) and more suitable for overtaking than the T-318 chassis that the brand builds for Formula Regional series.

“We firmly believe in this project and both Tatuus and Autotecnica Motori will do their best to offer the car that this championship deserves,” said Tatuus CEO Giovanni Delfino. “In terms of performance, it will be a completely new car.”

The four-cylinder Alfa Romeo-branded engine seen in FREC will be used, but tuned up to 300 horsepower for the new series, Hankook will be the official tyre supplier and a push-to-pass system will be implemented as in FREC.