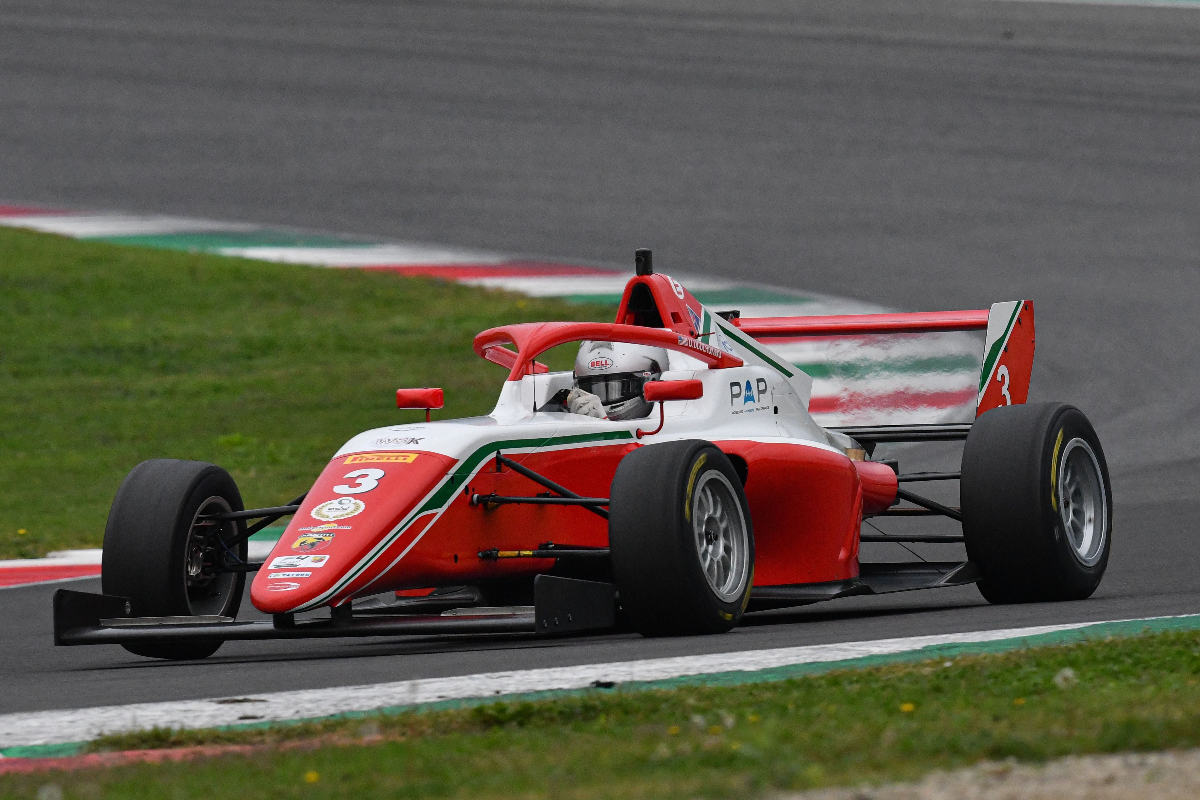 Prema’s Ugo Ugochukwu was fastest in a post-season Italian Formula 4 test at Imola this week.

The entry list was split into four groups for the Tuesday to Thursday test, with the first two running on the first day-and-a-half and the other two groups running in sessions on the next day-and-a-half.

Rashid Al Dhaheri started the test on top, setting the pace in Group A’s first two sessions for AKM Motorsport. Brando Badoer did the same for Van Amersfoort Racing in Group B, but was two thirds of a second slower than Al Dhaheri.

Conditions worsened in the afternoon, when Spanish F4 champion Nikola Tsolov set the pace for R-ace GP. There were also two drivers running with Real Racing and SG Motors in first-generation F4 cars.

Badoer was fastest in Group B’s afternoon sessions, which were supposed to be attended by BVM Racing and VAR’s Noah Stromsted. The latter pulled out however after his heavy crash in the Spanish F4 finale last weekend.

Prema and US Racing turned up in the afternoon, with each team in a different group and Al Dhaheri joining Prema’s line-up.

New Ferrari junior Tuukka Taponen led Prema team-mate Kean Nakamura Berta in the first Group C session, with Red Bull junior Arvid Linblad leading another Prema one-two over Ugochukwu in the second session. There was 0.811s between the top two there, but only 0.010s between Ugochukwu, Taponen, James Wharton and Nakamura Berta.

US’s Zachary David was fastest in the first Group D session, with Raphael Narac continuing with R-ace after also running in the earlier groups, and BVM Racing’s Alfio Spina led David in the second session.

The track got considerably faster again for Thursday, and Ugochukwu brought the pace down into the 1m46s. He was fastest in both of his morning sessions, and by just 0.055s over Lindblad in the second one.

Andrea Frassineti was quickest for BVM in Group D’s penultimate session, then David returned to the top.

Everyone was put together for a lengthy afternoon session in which Taponen moved into second place overall in the test by topping the timesheet.