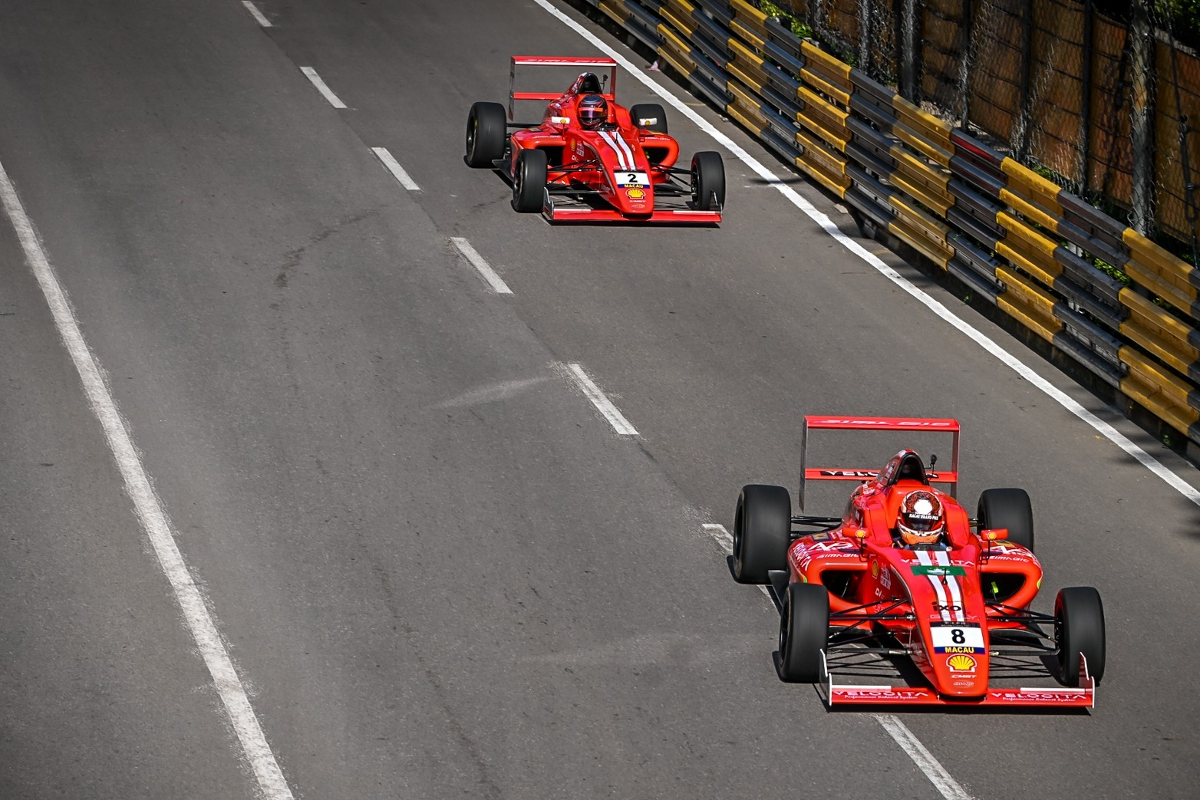 The 17-car field of F4 cars had two 25-minute sessions, although the first one was reduced to just five-and-a-half minutes after a huge crash for Steven Siling Bei.

He ran over some dust exiting Mandarin corner and the rear end of his car swung out behind him before sending him backwards into the barriers on the right.

The impact ripped off the rear axle of his car, and the rest of the chassis behind the safety tub was obliterated as the car bounced back into the wall on the left.

The cleaning up of the debris, and the fluid that had been left on the track once the rear of the car split, had gone on for 20 minutes before race control decided that the session should not restart even though there was still seven minutes to go.

That meant nobody set a flying lap in FP1, and much of the field was quick to leave the pits in FP2 to ensure they got some track time before any potential stoppage.

Yellow flags waved around the track for the first three-and-a-half minutes, then the drivers were free to run at a more representative pace.

Xie improved on his next lap to maintain first place, setting a 2m31.253s, with Leong now 0.656s behind. F4 returnee Leong found more pace on his next effort, getting to within 0.229s of Xie.

Leong gave Xie a strong tow on the next lap and although both improved, it was Xie who stayed ahead with a 2m30.276s lap before seconds later Chang crossed the line to go 0.088s faster.

Next time by it was only Leong who was able to improve, but remained in third place, and the top seven went unchanged in the final six minutes ias red flags were waved with just a few minutes remaining.

In addition to drivers who contested the first two rounds of the season, the grid was bolstered by some of last year’s grid as well as several East Asian touring car racers and Lin Le Feng who raced in Formula Masters China back in 2013.

Bei was absent from FP2 following his earlier crash.