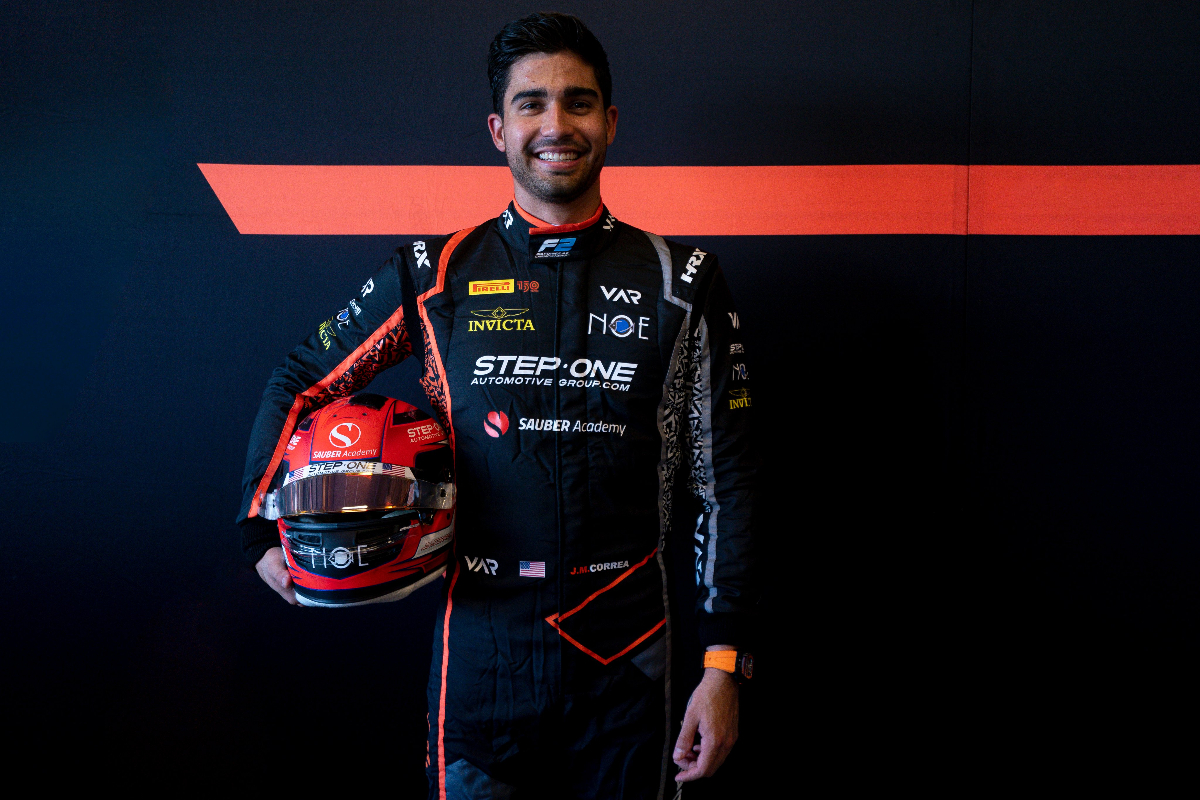 Juan Manuel Correa will race in Formula 2 this weekend with Van Amersfoort Racing, returning to the series where he had his horror crash in 2019.

The 23-year-old raced in F2 in 2019, claiming two podiums before his racing career and life almost came to an end in a crash at Spa-Francorchamps. Correa was put in a coma following the crash, with heavy damage to his legs and lungs, and had to relearn how to walk.

He eventually returned to racing last year in the FIA Formula 3 Championship with ART Grand Prix and came 21st in the standings, then stayed with the team this season and picked up a podium at Zandvoort en route to 13th in the series despite missing a round through injury.

“It’s very exciting. It feels a bit strange to be back here, but it feels good because it has been my goal to be back in F2 since I came back to racing,” he said. “I know I haven’t driven this car in a long time, but I’ve always felt relatively comfortable in an F2 car. I’m ready for the challenge.“

Correa last drove an F2 car in the 2021 post-season test at Yas Marina Circuit, where he will be racing this weekend in place of David Beckmann who has contested almost half of the season with VAR.

Sauber junior Correa is targeting a full-time return to F2 for 2023, although has also said he has interest in racing in one of the top single-seater series in the United States should he not find a place on the F2 grid.