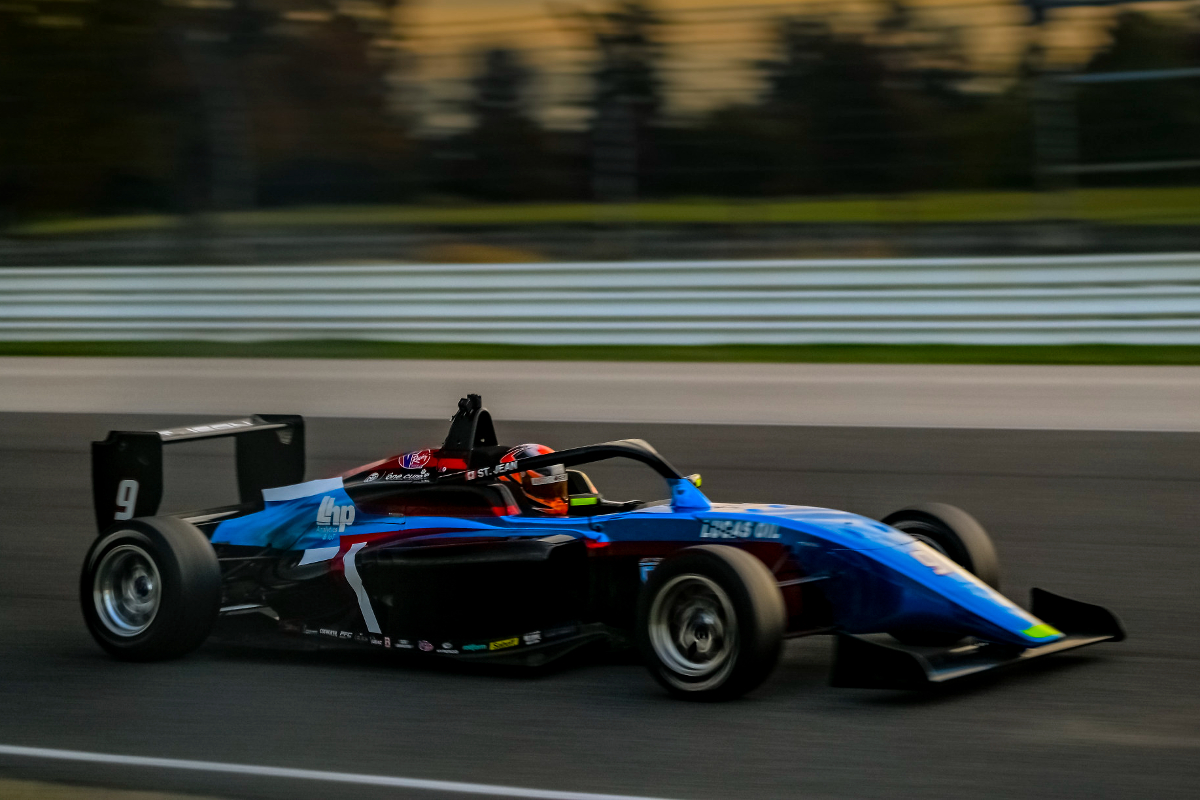 Jay Howard Driver Development has added Louka St-Jean and Albert Morey IV to its USF2000 line-up for 2023, with the pair partnering the already signed Lochie Hughes.

Canadian racer St-Jean has competed in the United States Formula 4 championship since 2021. He came 16th last year with ICAR Canada Racing Team, and joined JHDD for 2022. He made the podium, but missed races and was 11th in the standings.

“I am happy that I will drive a USF2000 car in the 2023 season under the JHDD banner,” St-Jean said. “I have worked hard to get here, and I am determined to do whatever it takes to reach my goals.”

JHDD’s team boss Jay Howard added: “Louka learned a lot this past season and we look forward to continuing to assist him in his learning curve in more high-profile events throughout North America.”

Morey also raced part-time in US F4 this year, as a rookie, and scored points once to finish 29th in the championship.

“I’m very excited to be driving for Jay Howard in the USF2000 programme next season,” said Morey. “Jay and the team have become like family over the past two years. I believe that with the team’s input, I will be able to grow and continue developing as a driver and deliver great results for years to come.”

Howard said “Al is very new to car racing but is progressing at a great pace” and that “some drivers work hard and stall in their progress, but Al is continuing that upward trend and we are excited to see where that takes him in 2023”.

All three of JHDD’s signings so far have come from US F4, as Hughes was champion in the series this year.

Stepping down from USF2000 to USF Juniors for 2023 is Joey Brienza II. The 18-year-old has raced for Exclusive Autosport in the entry-level F1600 Championship Series for the past two seasons and came fifth in the series this year. He also did three USF2000 races at three different rounds with the team and earned a top-10 finish.

USF Juniors is the rung below USF2000 on the Road to Indy, and Brienza’s full-time move into slicks-and-wings cars will come in the lower series.

“I am thrilled to announce that I am returning to Exclusive Autosport for the 2023 USF Juniors,” said Brienza.

“I look forward to continuing to build on the success from the past two years, and I am extremely grateful for the opportunity to race for Michael, Kimberly, and everyone else at Exclusive Autosport this year.

“This team has become family to me over the past few years, and I am excited to show what we are capable of in our first year of USF Juniors. Now with that being said, let’s go get a championship.”

Exclusive’s team principal Michael Duncalfe said the team is taking “a calculated and very methodical approach with Joey’s development programme” in the decision to run him in USF Juniors next year rather than USF2000.