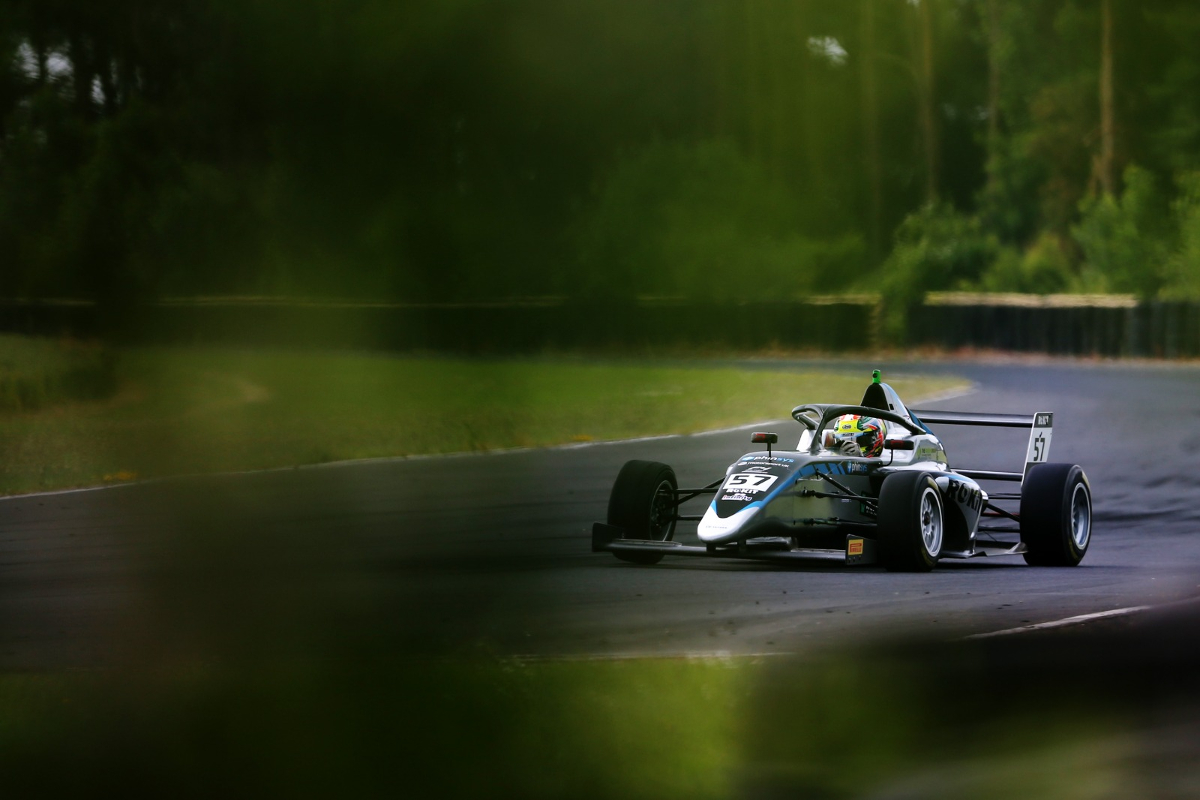 In FP1 it was Neate who set the pace early on before an incident for Daniel Mavlyutov brought out the red flags.

After the session resumed, the quickest time was gradually brought down. Louis Sharp briefly topped the order before team-mate Ugochukwu went just over a tenth of a second quicker. Ugochukwu improved again to end the morning on a 1m17.491s.

FP2 was also disrupted by an early red flag, brought out just five minutes into the session after an incident for Sharp.

Daniel Guinchard was top of the order at this point, having just knocked Ugochukwu off the top spot, but his laptime wasn’t quicker than the latter’s FP1 benchmark.

As in FP1, the times tumbled once green flag running resumed. Guinchard gradually improved his pace but it was Neate who was the first back in the 1m17s range. He managed a 1m17.837s, which was beaten a few minutes later by Ugochukwu.

Neate continued to find improvements and set a 1m17.246s in the closing stages to end the day on top.

Dunne went second quickest ahead of Ollie Gray. Ugochukwu’s FP1 time made him fourth quickest overall, with Guinchard, Eduardo Coseteng and Sharp all setting their best times in the earlier session too.