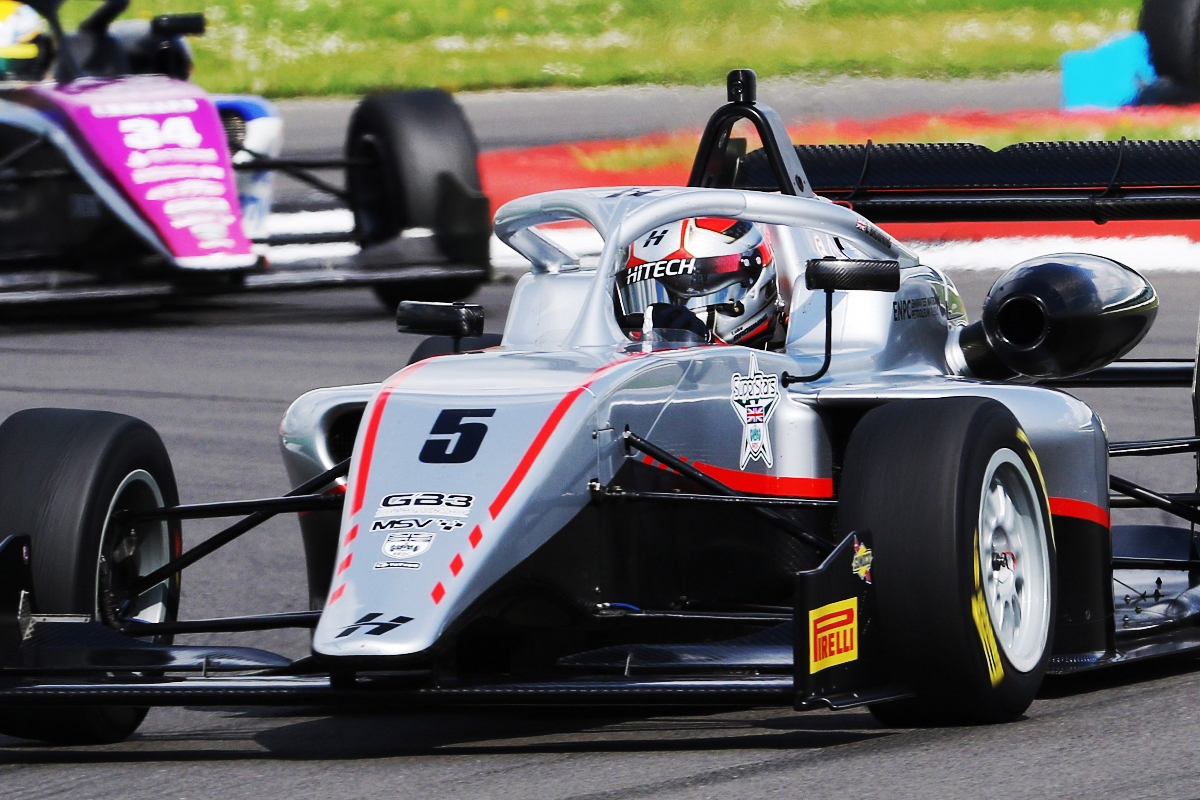 Browning set the quickest time of the week so far with a 1m42.123s inside the final two minutes of running on Friday to eclipse Fortec Motorsports’ Granfors by 0.129 seconds.

Rees continued his Thursday test-topping form in Friday’s opening 35-minute session, lapping within a tenth of his best time from the previous day to edge Browning by 0.025s, with Elite Motorsport’s Tom Lebbon third.

Browning set a 1m42.283s with under 10 minutes remaining in session two before Granfors responded with 1m42.252s. But Browning went quicker once more to end the day on top.

Rees did not improve on his session one time but ended up third, ahead of Carlin’s Javier Sagrera. Lebbon also did not better his morning effort and was fifth, with Carlin’s Roberto Faria sixth.

Douglas Motorsport’s Marcos Flack continued his form from Thursday by going seventh fastest, ahead of Chris Dittmann Racing’s Branden Lee Oxley. The top 17 runners were separated by less than a second.

Fortec’s Taylor continued to lap quicker, ending with a 1m49.419s. Elite’s Jack Sherwood, who missed Thursday due to sitting an exam, was 0.763s behind in second.

Mills eclipsed Tayor’s benchmark with 15 minutes remaining in session two, posting a 1m49.619s before finding a further 0.5s. But a late effort made Sherwood fastest, his 1m49.134s shading Mills by 0.016s. Taylor, the only driver not to improve in the afternoon, ended the day third quickest ahead of Waberski.

Megan Gilkes, who skipped Thursday’s running, was fifth ahead of Hillspeed team-mate Max Marzorati. Logan Hannah, another not in action on day one, was 0.1s quicker than Graham Brunton Racing team-mate Chloe Grant in seventh.

After racing for Elite in the first four rounds, championship contender Alex Walker is running as an independent and ended the day in ninth.