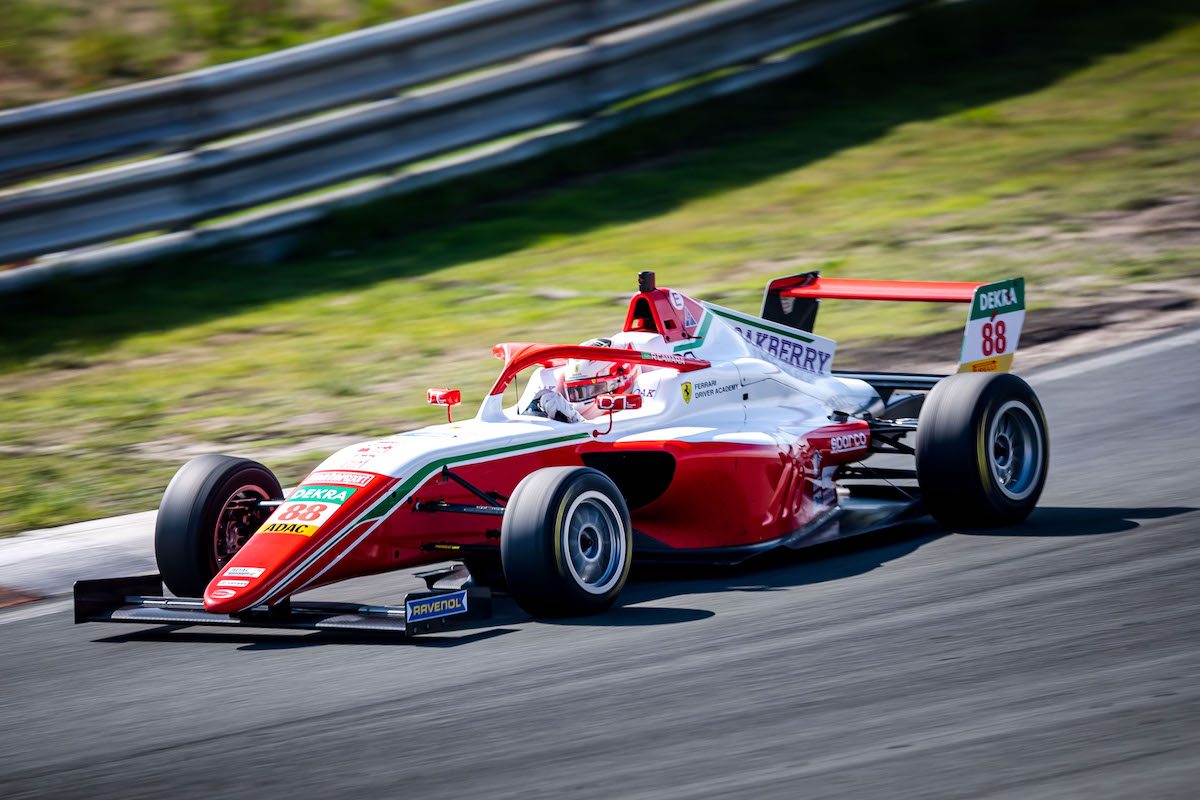 Rafael Camara topped the times in free practice ahead of the third round of the ADAC Formula 4 championship at Zandvoort in front of Prema team-mate Andrea Kimi Antonelli.

With the fastest times all being recorded in a final 10-minute period at the end of the second session held in glorious late-afternoon sunshine, Antonelli improved his best time on his final tour but still fell short of his team-mate’s time by just 0.08s.

PHM Racing’s Nikita Bedrin and Taylor Barnard ran the Prema duo close throughout the day, finishing with the third- and fourth-fastest times, just over two-tenths down on Camara.

The second session was temporarily halted with Antonelli at the top of the times, after Van Amersfoort Racing’s Jules Castro ran wide on the exit from Turn 8 before spearing off into the barriers on the outside of Turn 9.

With the clock running down as the marshals worked to recover the car, the session finally resumed with just 10 minutes on the clock, and Camara immediately became the first driver to drop below 1m37s.

In the final minutes, the Prema quintet of Camara, Antonelli, Charlie Wurz, Conrad Laursen and James Wharton and the PHM pair traded times at the front of the field, finishing the session in the top seven positions.

Local team VAR took the final positions in the top ten with Martinius Stenshorne once again to the fore, just ahead of Arias Deukmedjian and Emmo Fittipaldi Jr.

Barnard had topped the times in the slower morning session, held under cloudy skies, with a best time of 1m37.461s, set on his penultimate lap.

That session was brought to an early close after a spin at Turn 7 by Jenzer’s Nandhavud Bhirombhakdi brought out a red flag with five minutes remaining. With the Thai driver’s car beached in the gravel the session was not restarted, preventing any late improvements.

Antonelli had again set the early pace before being usurped by Barnard, finishing 0.5s down in second place.

Barnard’s team-mate Bedrin completed a strong showing for PHM with the third-fastest time, ahead of a quartet of Prema runners in fourth to eighth places headed by Wharton, followed by Camara, Laursen and Wurz.