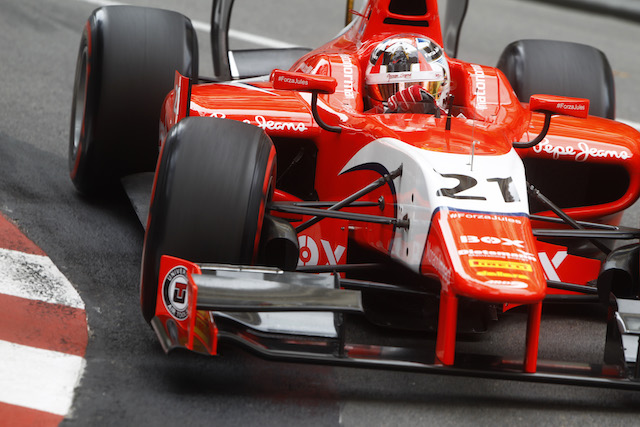 Norman Nato will return to the Arden outfit for the 2017 GP2 season as team-mate to Sean Gelael.

Frenchman Nato previously raced for the British squad in his rookie GP2 campaign in 2015, finishing 18th in the standings.

Last year he switched to Racing Engineering and scored victories at Barcelona and Monza on his way to fifth overall.

Gelael moves to Arden from Campos for his second full season in GP2, having placed 15th in the 2016 standings.

?I am very happy to join the Jagonya Ayam family and to re-join Arden this season for the GP2 Series,” said Nato.

“It is where I made my debut in GP2 so it?s great to be back again.

“Last year was a strong season for me so I?m really optimistic we can do a good job with Sean and the team.

“The aim is to put our experiences together in order to be competitive and to fight for wins and points at every race.”

Team manager Kenny Kirwan commented: “The whole team is very excited to welcome Sean into the team for the coming season.

“He settled in very quickly with us in post-season testing last year and we were very impressed by his performance, feedback and his professional approach to his driving.

“It?s also great to welcome Norman back to the team.

“We?ve made some big steps forward over the winter and with the changes we have made to the relevant areas of the team, combined with signing an extremely strong driver pairing in both Sean and Norman, I believe we can take the title fight to our rivals in what will be another very strong, competitive and exciting championship.”