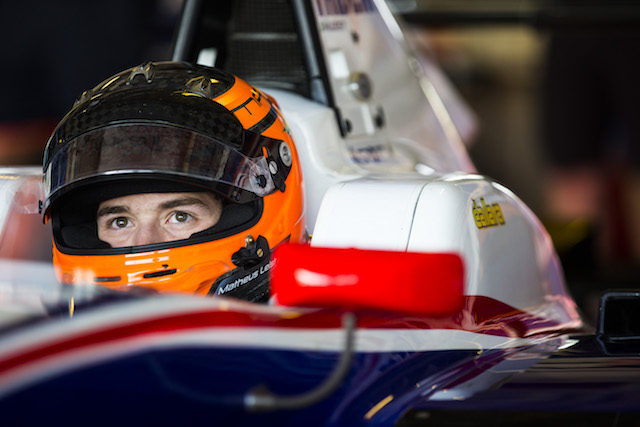 The Brazilian defeated Carlin’s Ricky Collard to win the BRDC British F3 title in 2016 with Double R after stepping up from MSA Formula.

The 18-year-old?was eyeing a move?up to GP3 for 2017, testing with ART, Arden and Trident in Abu Dhabi in December, but is instead to switch to the United States for his next move.

“I had quite a few options open to me in 2017, but a combination of things, including the opportunities in the US and on the Mazda Road to Indy ladder, made Indy Lights a great option for me.

“I have raced against Carlin before so I know how hard they push as a team to win.”

Team boss Trevor Carlin said: “We have raced against Matheus for the last two seasons now, and have witnessed first-hand his race craft and raw speed.

“Now we have chance to work together, it will be great to have those talents within the team rather than trying to beat them!

“Indy Lights will certainly be a new environment for Matheus and a steep learning curve, but he has the ability and more importantly, the calm and determined nature to overcome these challenges.