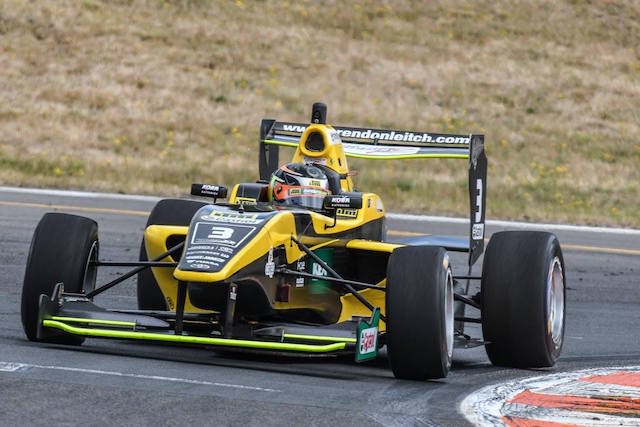 Brendon Leitch overhauled fellow New Zealander Marcus Armstrong to notch up his first win of the 2017 Toyota Racing Series in race one at Taupo.

From pole, Armstrong held the lead at the start with Leitch getting the better of Jehan Daruvala for second, before a safety car and then red flags were then deployed after?Ferdinand Habsburg,?Taylor Cockerton and?Kory Enders crashed out at Turn 4.

After the race restarted, Armstrong initially responded to pressure from Leitch, but the Victory Motor Racing driver fought back, posting the fastest lap on lap 10 of 15 and grabbing the lead two tours later.

Leitch?then pulled out a 1.5-second advantage over Ferrari academy recruit Armstrong over the remaining three laps.

Force India protege Daruvala held off Leitch’s team-mate?Thomas Randle for the final podium spot by just 0.097 seconds at the flag.

Red Bull Junior Verschoor has complained of a lack of pace at Taupo since Thursday’s first practice sessions, and his points advantage over Randle has now been reduced to just seven.