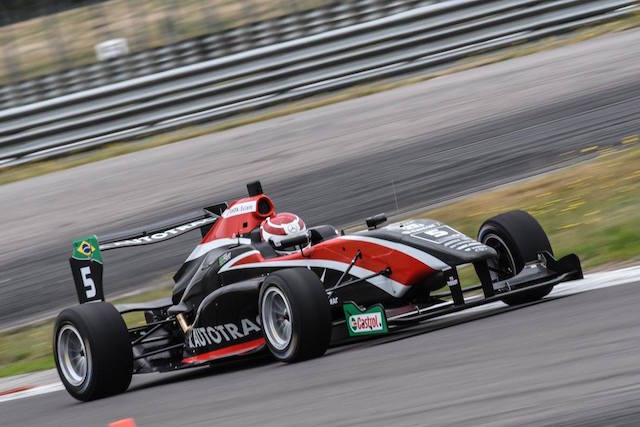 Pedro Piquet picked up his second reverse-grid race win of the 2017 Toyota Racing Series in race two at Taupo ahead of?Thomas Randle, who took the championship lead.

Piquet started second on the grid and got ahead of his M2 Competition – and Van Amersfoort Racing – team-mate?Kami Laliberte on the opening lap.

Randle cleared Laliberte on lap five of 15, and set about cutting the one-second gap to Piquet ahead, and he was brought closer by a safety car on lap nine.

Piquet made a good restart with four to go, building a half-second margin which he had at the chequered flag.

Second for Randle gave him the points lead, with erstwhile leader?Richard Verschoor finishing sixth, having started in his race one finishing position of eighth.

Randle was seven points behind coming into the race, but is now 15 ahead.

Jehan Daruvala took third, with?Marcus Armstrong holding off Brendon Leitch for fourth after missing out on the race one win to his fellow Kiwi.

After losing out at the start,?Enaam Ahmed finished on Giles Motorsport team-mate Verschoor’s tail.

Luis Leeds was eighth,?Thomas Neubauer got his first top-10 finish in ninth with?Keyvan Andres beating a faltering Laliberte to 10th.