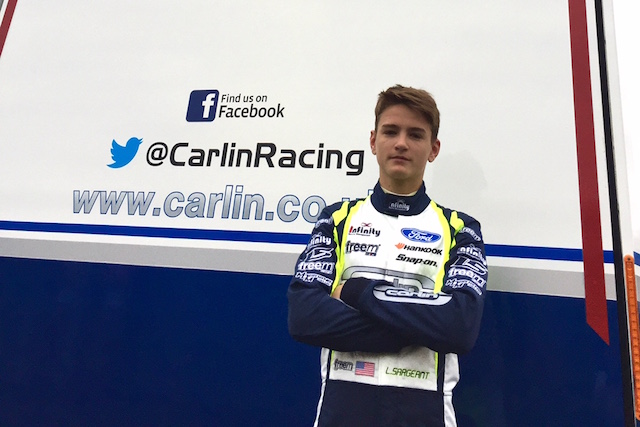 American karting gradaute?Logan Sargeant will race in the British Formula 4 series this year for Carlin.

Over this winter, he has been contesting his maiden single-seater campaign in the new UAE F4 championship with Motopark, where he has claimed?a series of second-place finishes behind ADAC F4 driver Jonathan Aberdein.

?I am really looking forward to this coming season with Carlin,” said Sargeant.

“They have won the championship two years in a row so they are the obvious team to compete with in the British Formula 4 championship.

“It?s going to be a very exciting year, and we are all going to be pushing to make it three titles in a row; I will do everything possible behind the wheel to make that happen.

“Carlin has shown their dominance in the testing that I have done with them, and have been a very professional team to work with.

“We have a great environment around us with great people, now we just need to apply those things on the track and win another championship.”

Sargeant is joined in Carlin’s British F4 line-up for this year by Finland’s Patrik Pasma, who steps up following a year in Formula Ford 1600, and German Lucas Alecco Roy, a racing novice who previously competed in dressage.