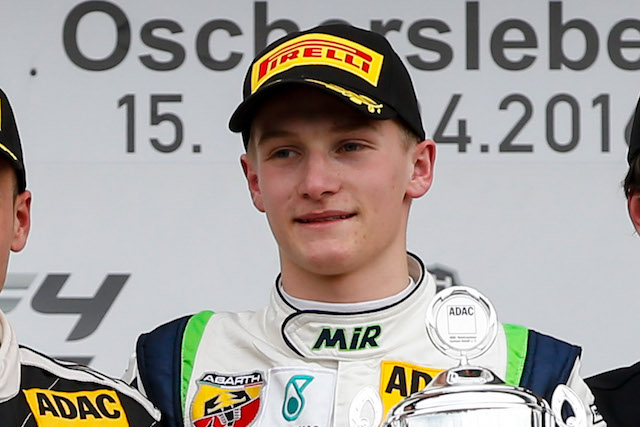 Fittje spent two seasons in ADAC F4 after graduating from karting, and followed 18th in 2015 with Motopark by improving to seventh in the standings last year for the US Racing team co-run by Ralf Schumacher.

He finished on the podium in the first race of 2016 at Oschersleben, then scored two more at round three at Lausitz.

Fortec entered Euroformula Open for the first time last year, running Igor Walilko in the first four events and also appearing at one later round with Sam MacLeod in his preparations for racing in?Macau with the team, something Fittje is also hoping?to do.

?I was really impressed with the two tests I completed with Fortec last year,” said the 17-year-old.

“The communication is very efficient between the team and driver, so we improved the set up of the car together and I felt really comfortable in the car in both tests.

“All the guys at Fortec have been really helpful and shown a lot of motivation so the team atmosphere is amazing for me.

“Regarding my 2017 season in the Euroformula Open it will be my debut in this car, but I want to have a good start to the year and my overall goal is to finish the championship in the top three with as many wins and podiums as possible.”

Fortec’s Jamie Dye?said Fittje “has shown great potential after a consistent year in ADAC F4, and we look forward to continuing our great form together after a solid winter testing.”