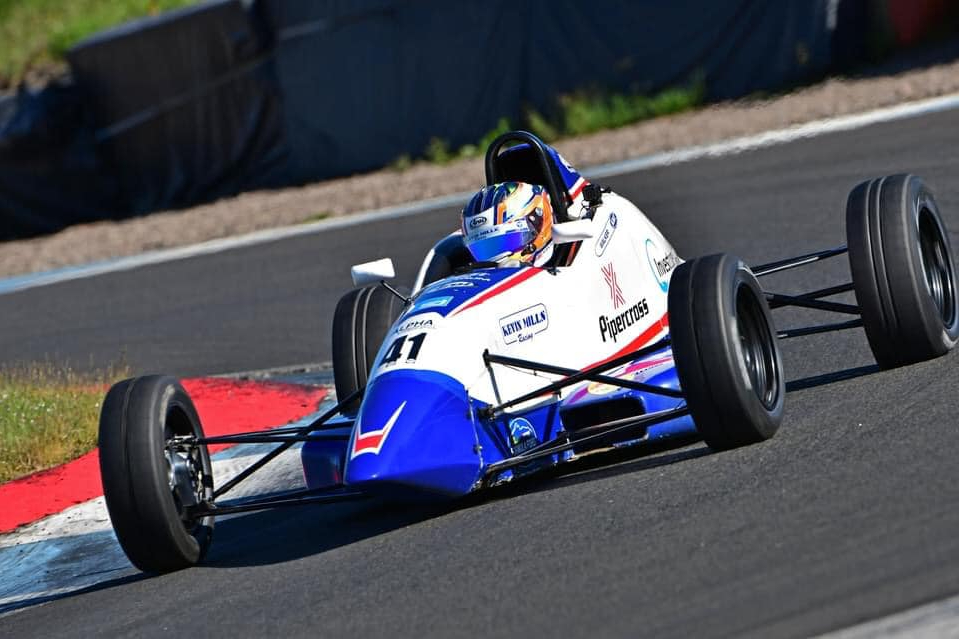 Alex Walker put in a dominant display to take his second BRSCC Formula Ford 1600 victory of the weekend on the Brands Hatch Indy circuit.

Walker took the win by 8.2 seconds from Kevin Mills Racing team-mate Thomas Mills, who put in a superb race-long defence of second place.

The top six positions from race two were reversed in forming the grid, with Oldfield Motorsport’s Lukas Romanek starting at the front before losing out to Mills and Walker off the line after missing a gear.

Mills conceded the lead to Walker as the cars negotiated Graham Hill Bend for the first time, as Middlehurst and Sharp moved into third and fourth past Romanek.

Walker then pulled out a huge lead as team-mate Mills fended off a train of cars behind.

Team Dolan’s Chris Middlehurst tried to pass Mills on the outside of Paddock Hill Bend several times, but eventually ran wide and lost out to B-M Racing’s Rory Smith at Druids.

Mills resisted a renewed charge from Middlehurst at the chequered flag by 0.2s, with Sharp beating Smith to fifth by a similar margin.

After spinning out of race two, Low Dempsey Racing’s Max Esterson climbed from 15th on the grid to join the battle, but had to settle for sixth. He’s now lost the title lead to Walker by one point.

Joey Foster, another retiree in Sunday’s earlier encounter, came from the back of the grid to finish ninth for Don Hardman Racing ahead of Romanek.