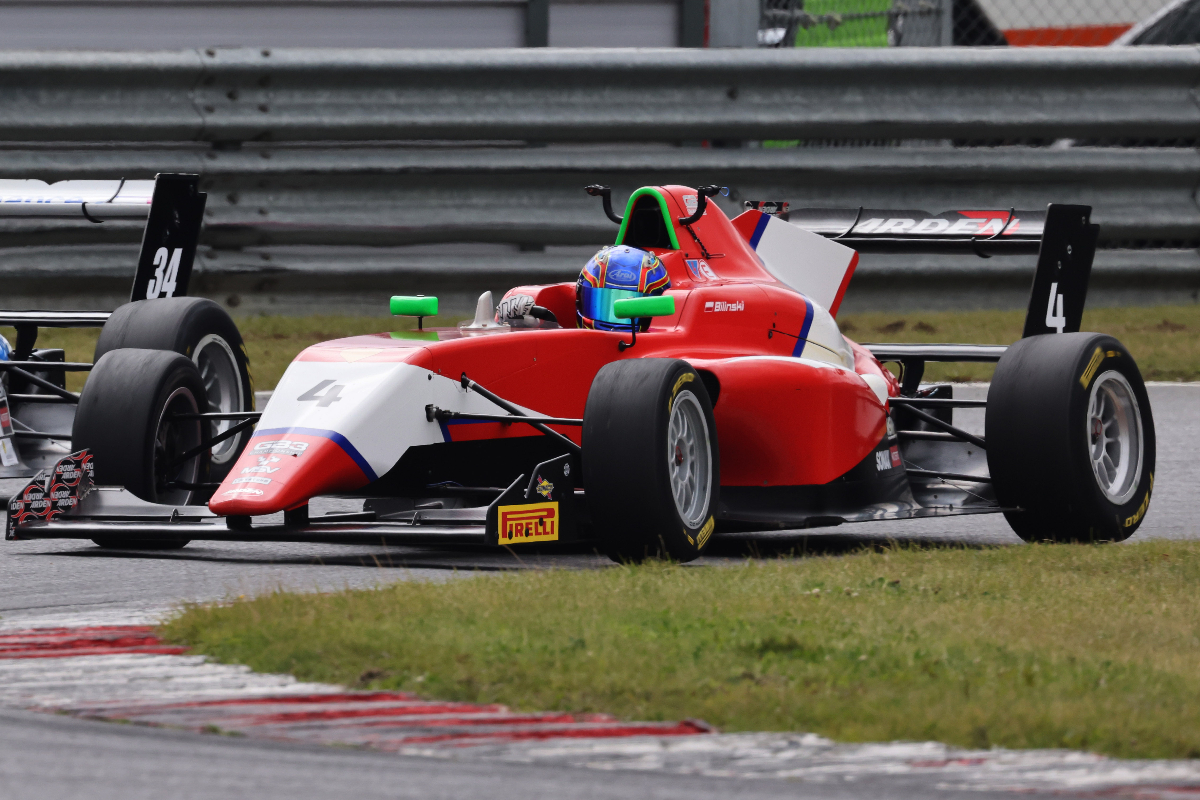 Roman Bilinski took his second GB3 victory by dominating the final race of the weekend at Snetterton.

The Arden driver passed Mikkel Grundtvig, who started from the front of the reversed grid, early on before pulling out an unassailable lead while a nine-car battle raged for second.

Reema Juffali made a poor start from the front row and lost several places, while Douglas Motorsport team-mate Tommy Smith was spun around at the first corner by fellow debutant Branden Lee Oxley (Chris Ditmmann Racing) as the pair swept past Juffali.

Grundtvig lost the lead after running wide at Riches and allowing Bilinksi to move past on the inside.

The Dane then proved to be a cork in the bottle, holding off a train of cars behind for several laps as Bilinski broke away to eventually win by 6.185 seconds.

Elite Motorsport’s Javier Sagrera led the queue behind Grundtvig, but tumbled down the order after damaging his front wing while trying to find a way by.

There was a further incident further back in the train, when Hitech GP’s Bart Horsten spun while trying to make a move on CDR’s Ayrton Simmons, with Carlin’s Christian Mansell taking to the grass in avoidance.

O’Sullivan drove around the outside of Grundtvig at Agostini bend into third, and the Fortec pilot continued to lose places as rain arrived with two laps remaining.

The slippery conditions appeared to catch out Bearman, who dropped from second to the back of the field, allowing O’Sullivan and Fortec’s Roberto Faria to claim podium positions.

Race two winner Sebastian Alvarez finished 0.4s behind Faria in fourth for Hitech, with Tom Lebbon a further half a second back in fifth for Elite.

Simmons came home close behind in sixth ahead Frederick Lubin (Arden) and Jose Garfias (Elite), while Grundtvig slipped back to ninth ahead of Mansell, who recovered from his off to take 10th.