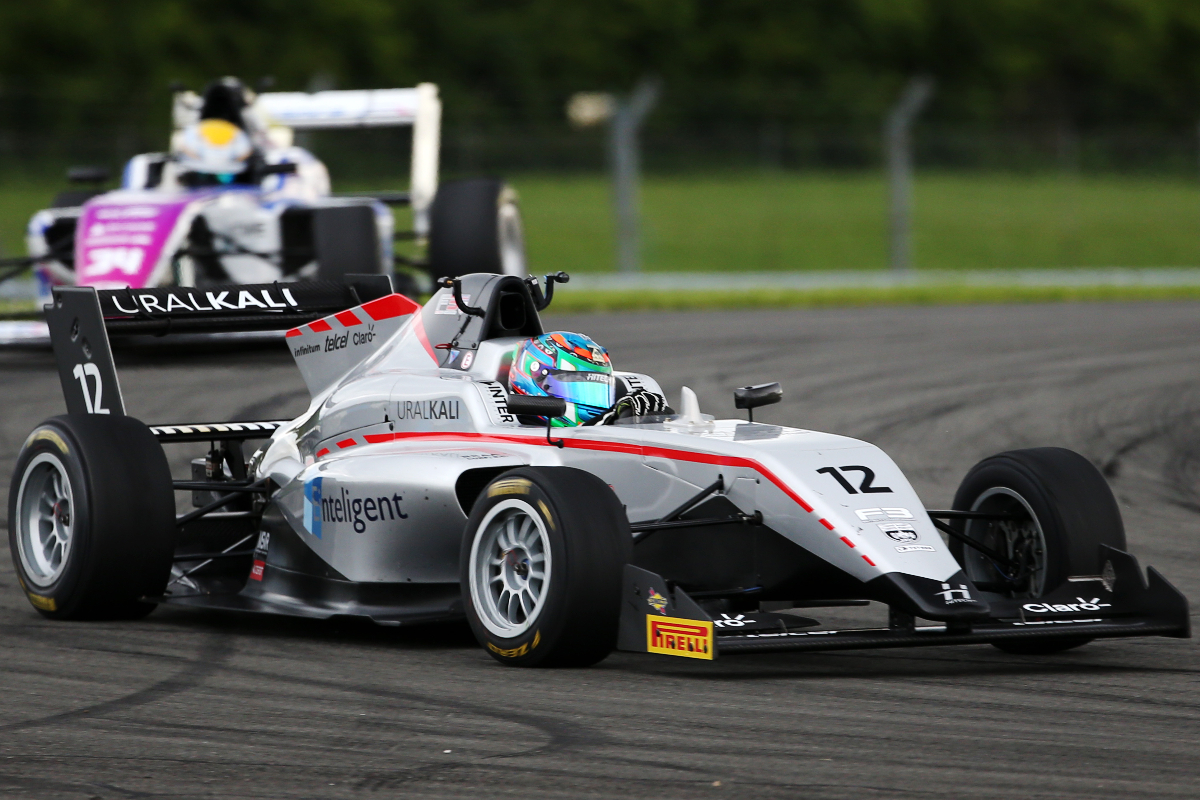 Sebastian Alvarez took victory in the second race of the rebranded GB3 championship after a car issue denied Ollie Bearman.

But Bearman’s car slowed on lap three of 10 and he was then forced into retiring the pits, allowing Hitech GP’s Alvarez to move in front.

Points leader Zak O’Sullivan made up ground from fifth on the grid, passing Arden’s Roman Bilinski and Elite Motorsport’s Tom Lebbon, before closing in on Alvarez at the front.

Alvarez set the fastest lap with three laps remaining, with O’Sullivan responding by lapping quicker next time by.

But the Mexican held on to take his first series victory by 0.390s ahead of the Carlin driver.

O’Sullivan extended his title lead in the process, with closest rivals Christian Mansell (Carlin) and Reece Ushijima (Hitech) finishing out of the points.

Bilinski was just under a second behind Alvarez in third, having dived inside Lebbon at Agostini bend to take the position halfway through the race.

Lebbon finished in a lonely fourth ahead of Arden’s Frederick Lubin, who made up places from eighth on the grid.

Carlin’s Bryce Aron held off Chris Dittmann Racing’s Ayrton Simmons for sixth, despite locking up at running wide at Wilsons harpin late on. Fortec’s Roberto Faria tried to join the pair’s battle late on, but had to settle for eighth.