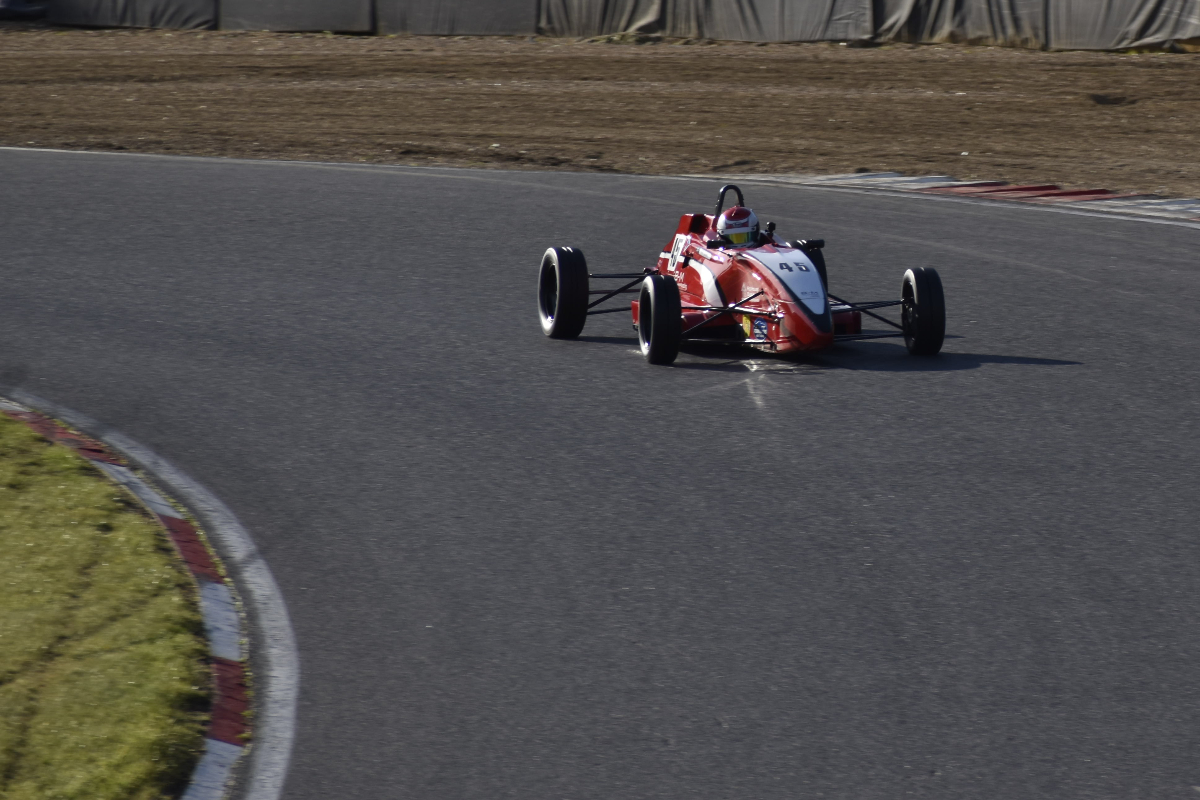 Alex Walker and Chris Middlehurst closed in on points leader Max Esterson, who crashed out of the race after contact with Walker.

Rain started to fall as the lights went out, with Walker converting pole into the race lead into Paddock Hill Bend.

Having moved ahead of Low Dempsey Racing’s Colin Queen into sixth, Don Hardman Racing’s Joey Foster spun at Surtees on the opening lap, collecting Queen in the process and putting both drivers out.

Walker had close company at the front from Esterson, Smith and Middlehurst in the early stages before pulling out a small lead.

Smith dived inside Esterson for second at Clearways but, with the yellow flags still present for Foster and Queen’s earlier incident, had to hand the place back.

But he made the move stick a couple of laps later, moving inside Esterson at Druids.

The rain started coming down harder, with Walker running wide at Surtees and bouncing over the kerbs.

Smith took advantage to close in on Walker before taking the lead, and the FFord Festival winner escaped a trip across the grass at Surtees to remain in front.

Middlehurst moved into third behind Walker after Sharp, who had climbed up from ninth, tapped the back of Esterson’s Ray machine.

Officials decided to eventually bring out the safety car to recover Queen’s stricken car, which had remained on the outside of Surtees since the first lap.

Middlehurst took second away from Walker at the restart, while Smith started to pull away.

Esterson tried to nip inside title rival Walker at Druids, but the two touched wheels on the exits, sending Esterson spinning into the barriers.

As Smith cruised to victory by over four seconds, Sharp overtook Middlehurst for second in the closing stages. Walker came home a distant fourth, ahead of Kevin Mills Racing team-mate Thomas Mills.

Lukas Romanek – who has switched from KMR to Oldfield Motorsport this weekend – came through the field to finish sixth ahead of Clubman classs runner James Tucker, Ben Tinkler and Noel Robinson.

KMR’s Megan Gilkes finished 10th after spinning off a couple of times.

Oldfield Motorsport’s Carter Williams was a non-starter after his spectacular crash in Saturday’s race.