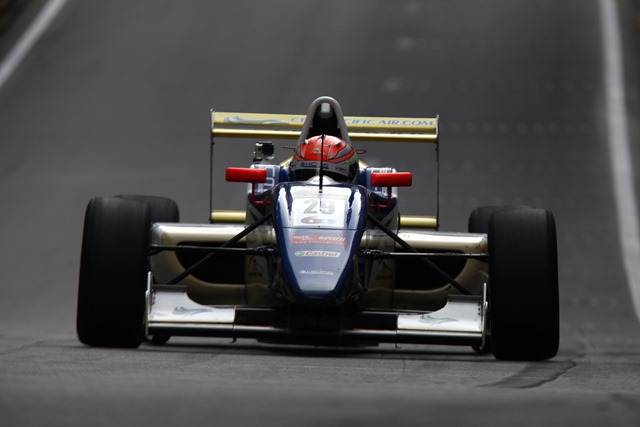 Akash Nandy secured pole position for the non-championship Formula Masters China race in Macau, with Dan Wells taking second to lock out the front row for the KCMG squad.

The category is one of several racing around the Asian city streets the weekend before the main Macau Grand Prix as part of the event’s 60th anniversary celebrations.

Wells led much of the session but was denied top spot by 16-year-old Nandy just before the session was ended early by a red flag, with the Malaysian finishing up nine tenths of a second clear of the Briton.

Tanart Sathienthirakul, who won during the regular season finale at Shanghai a fortnight ago, will line up sixth on the grid ahead of Eurasia team-mates Matthew Solomon and Macanese driver Andy Chang Wing Chung.

2013 series champion Aidan Wright had topped the free practice session by a second over the KCMG pair, but crashed in qualifying without setting a time and will have to start Sunday’s race from 16th and last.