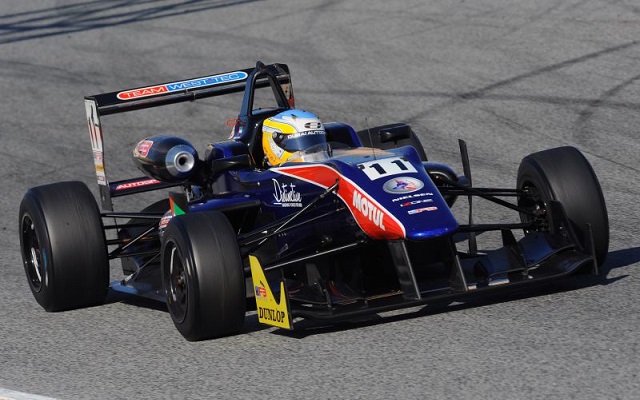 After taking pole earlier in the day, Ed Jones continued to be untouchable at Catalunya as he clinched his sixth race victory of the season.

The West-Tec driver kept the lead after the start and built a four-second gap throughout the race. The advantage then mostly disappeared in the last couple of laps, as Jones came under some pressure from the charging Santiago Urrutia, but his victory was never in realistic danger.

Urrutia collected his seventh podium finish, having snatched second off the start. The podium was completed by Alexandre Cougnaud,?who passed teammate Alex Toril mid-race, with the Spaniard settling for fourth.

Nelson Mason was the high profile retirement of the race, as he had to call it a day due to mechanical problems.