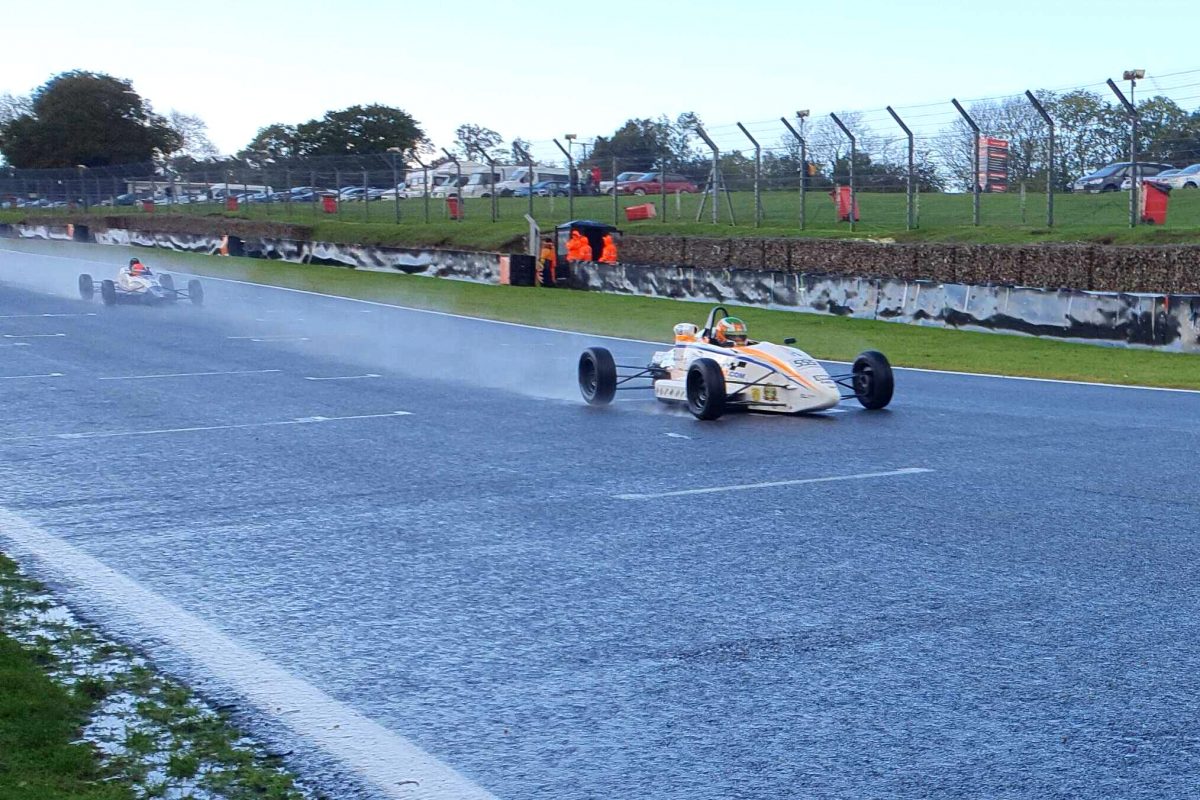 The first FF1600 race of the day was delayed by 40 minutes due to torrential rain during the morning, and during the two green flag laps the conditions started to worsen once again.

Murray was one of two drivers to go off on those laps, as well as Robbie Allen, but both couyld continue.

In appalling conditions, Kevin Mills Racing’s Neil Maclennan got the best launch from third and led into Paddock Hill Bend. There was contact behind between Tom Hawkins and Robert Barrable.

Further around the lap, brother and sister Megan and Nick Gilkes clashed on the exit of Druids and ended up in the barriers, necessitating a safety car intervention.

Smith had made his way to second but did so after it was called, so gave two positions back.

When the race resumed on lap eight of 14, Murray had a brilliant restart and was able to get by Maclennan into Druids, just after Smith spun into retirement.

This means that he will be a reserve for the Last Chance Race, so provisionally his Festival defence is over.

Andrew Blair and Drew Stewart also went off in the awful conditions just as the sun started to come back out.

At the front, Murray controlled the gap to Maclennan as Vamos Racing’s Jonathan Browne lost third to B-M Racing’s Jamie Sharp late on.

Things got worse for 2019 winner Browne as he went off at Clearways on the final lap and dropped to seventh position, but still makes the final.

Behind Murray and Maclennan and Sharp was Team USA scholar Andre Castro, who benefitted from Browne’s off.

Barrable recovered to 11th ahead of returnee Jan Magnussen, who just squeezes into the guaranteed final spots.

Luke Cooper came from towards the back to take a front row spot for the Last Chance Race in 13th.