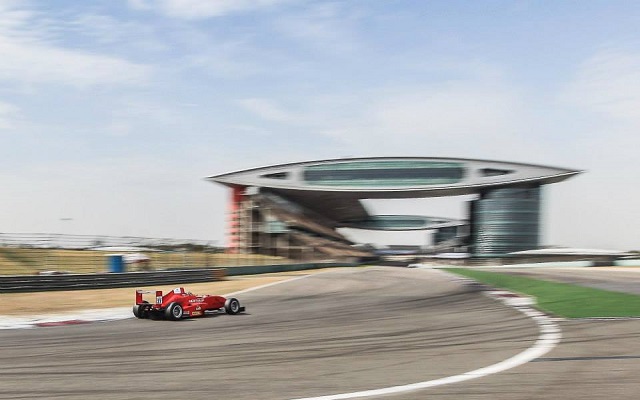 Oceanian drivers James Munro and Jake Parsons went fastest in the two qualifying sessions of the sixth and final round of the 2014 Formula Masters China Series season at Shanghai.

17-year-old Munro of the KCMG team, who leads the championship by six points, took pole for race one by over three-tenths of a second ahead of teammate Dan Wells. Munro’s main championship rival Matthew Solomon was third quickest for Eurasia, ahead of Meritus duo of Andersen Martono and Parsons.

Zen Motorsport drivers Ronald Wu and Yin Hai Tao qualified sixth and seventh, while the Super License pair of Philip Hamprecht ?and Yuya Motojima, who returns to the series after a gap of five months having previously raced in the opening round at Zhuhai. Bao Jin Long completed the top ten.

The second session, which decided the grid for race three, was much closer, and Australian driver Parsons ended up edging out the KCMG pair of Munro and Wells.

Martono qualified fourth again, with Motojima and Wu making up the third row of the grid. Solomon managed only seventh with Yuan Bo, Bao Jin Long and Hamprecht completing the top ten.