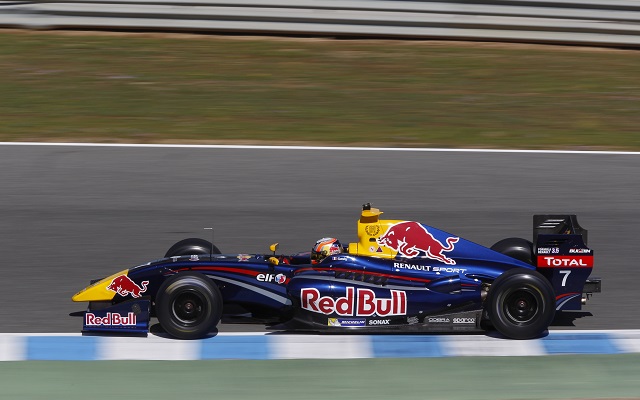 Arden Motorsport driver Pierre Gasly was quickest in the afternoon practice session of the final Formula Renault 3.5 round at Jerez.

Gasly, who took his first pole in the series last time out at Paul Ricard, was just 0.021s clear of fellow Red Bull protege Carlos Sainz.

Fortec’s Oliver Rowland led the session at halfway point, before being overtaken by fellow Brit Will Stevens.

However, it would be Frenchman Gasly who eventually topped the timesheets, securing first with ten minutes to go and holding on to the top spot until the checkered flag.

Sainz moved up into second, while ISR’s sole entrant Jazeman Jaafar three tenths down in third.

Stevens ended up fourth, ahead of Gasly’s Arden squadmate Will Buller and Pons Racing’s Oscar Tunjo.

Rowland was shuffled down to seventh, with Norman Nato, Marco Sorensen and Pietro Fantin rounding out the top ten.

Matthieu Vaxiviere, who topped the morning session, was just 17th, but ended up holding the quickest lap time of the day.