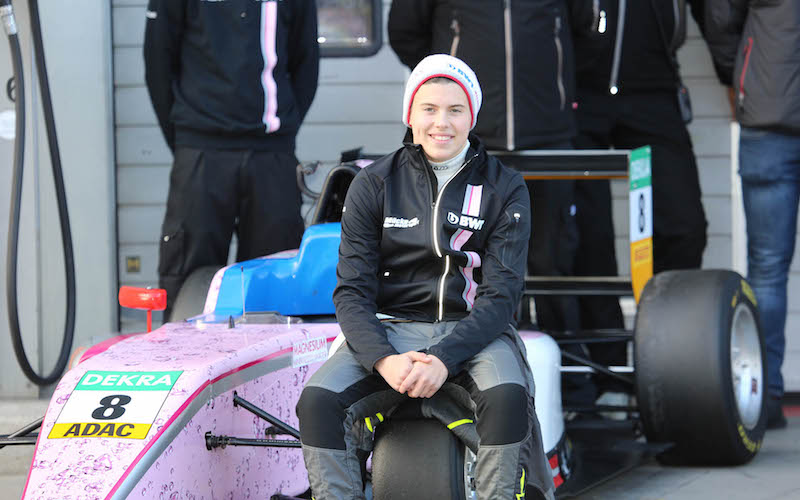 Mucke Motorsport has signed German karter Niklas Krutten to its Formula 4 squad for a multi-championship programme.

Krutten, who turned 15 last month, will contest both the ADAC F4 series in his native Germany and the Italian championship next year with Mucke.

He is also set to appear with the team in the United Arab Emirates F4 series, which starts in Abu Dhabi in December.

Another ADD driver, the 2007 British Formula Renault champion Duncan Tappy, has been on hand as Krutten’s driver coach in recent tests in Mucke’s F4 car.

“We have had a good nose for our driver choice in the last few years, and I think for the upcoming season we’re in a very good position with Niklas,” said team boss Peter Mucke.

“We’ve been watching him for a while now and he has what it takes to fight for the rookie title in 2018, as he has impressively demonstrated during test drives in the ‘Pink Panther’.”

Krutten finished 17th in this year’s European Karting Championship in the senior OK class with Ricky Flynn Motorsport, taking a fourth-placed finish at the penultimate round in Finland.

In 2016 he was 13th in the world championship at OK Junior level, also with RFM.

“Niklas has done well in karting in national and international competition and the time is right for him to take the next big step with us,” said Mucke.

“Like any rookie, Niklas will learn a lot in his first season in Formula 4, with the rookie title firmly in the sights.”